This is Shocking and weird to see a human being marrying an inanimate object. This young man is said to have married a character in a game.

A Japanese man simply identified as Sal9000 finally got married to Nene Anegasaki who is not an actual human; she only exists in the Nintendo DS videogame Love Plus.

READ: Meet the First Person in the World to Marry in the Metaverse – Ghanaian Footballer Prince Boateng

Sal9000 is said to marry in a real ceremony that took place in Guam, probably one of the only places you can marry an imaginary being that lives in an electronic device.

The report has it that the reception was held in Japan. At the wedding as many attendees were able to watch slides and other strange behavior.

The accompanying video is of Sal9000 k*ssing his bride, currently appearing to be housed in a Nintendo DSi LL/XL, the new Large version of the DS that was just released in Japan. 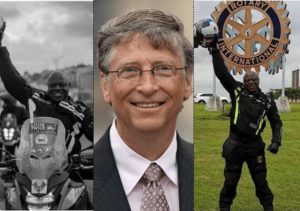