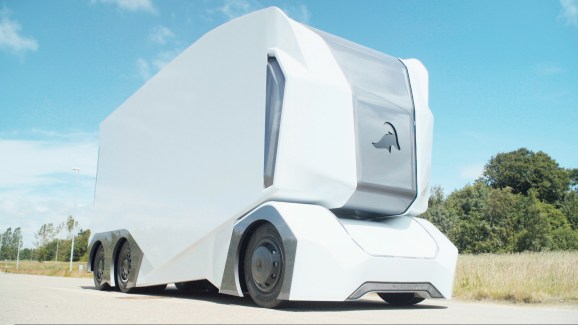 According to Reuters, an electrified road in Sweden that is the first in the world to charge vehicles as they drive along is showing promise and could potentially help cut the high cost of electric cars, project backers Vattenfall and Elways said.
The state-funded project, named eRoadArlanda and costing about 50 million crowns ($5.82 million), uses a modified electric truck that moves cargo from Stockholm’s Arlanda airport to Postnord’s nearby logistics hub to test the technology.
A electrified rail embedded in the tarmac of the 2-km-long (1.24 miles) road charges the truck automatically as it travels above it. A movable arm attached to the truck detects the rail’s location in the road, and charging stops when the vehicle is overtaking or coming to a halt.
The system also calculates the vehicle’s energy consumption, which enables electricity costs to be debited per vehicle and user.
Elways’ chief executive Gunnar Asplund said the charging while driving would mean electric cars no longer need big batteries — which can be half the cost of an electric car — to ensure they have enough power to travel a useful distance.
“The technology offers infinite range — range anxiety disappears” he said. “Electrified roads will allow smaller batteries and can make electric cars even cheaper than fossil fuel ones.”
Asplund said the Swedish state, which is funding the project, was happy with the results so far, with the only issue — now resolved — having been dirt accumulating on the rail.
Elways has patented the electric rail technology and is part of a Swedish consortium backing the eRoadArlanda project that also includes infrastructure company NCC and utility Vattenfall, which provides power from the national grid to the rail.
“Such roads will allow (electric vehicles) to move long distances without big, costly and heavy batteries,” said Markus Fischer, a Vattenfall spokesman, adding that installing the arm in new cars would be cheaper than retrofitting current models.
Vattenfall said in a statement electrified roads could reduce carbon dioxide emissions from lorries, which account for about 25 percent of total road traffic emissions.
“The investment cost per kilometer is estimated to be less than that of using overhead lines, as is the impact on the landscape,” it added.
Testing at eRoadArlanda started in April and will last at least 12 months so that the electric truck can use it under different weather conditions.
Do you have a hot story or scandal you would like us to publish, please reach us through toktok9ja@gmail.com or WhatsApp: +2348033498347