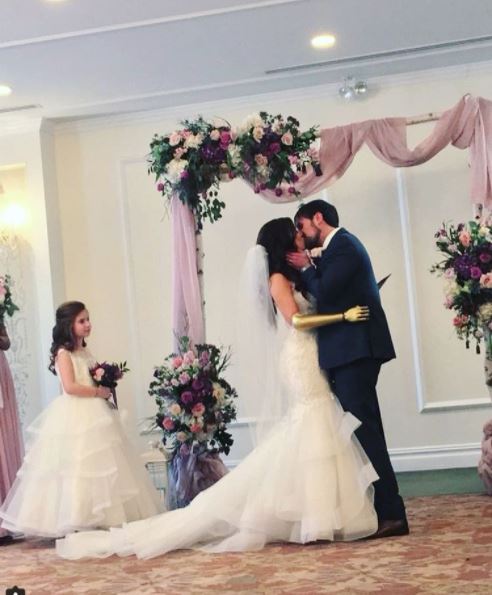 When Rebekah Marine married Jared Paster on April 7, the pictures show she was glowing, and her right arm was shining.
The 31-year-old fashion model was born without a right forearm. She has had a successful career working for Nordstrom and Tommy Hilfiger.
Typically, Marine uses a black prosthetic arm but had the gold one customized for the big day to add some bling to her wedding outfit and to make a statement about who she is.
“It represents the growth I’ve had over the past decade,” Marine told Inside Edition. “To show there is another side of life, and you can be happy with the cards you were given.”
Originally, Marine, of Deptford, New Jersey, thought the arm should be white like her dress, but then she changed her mind.
“I realized you might lose it with the white of my wedding dress,” she said, according to Fox News. “A friend suggested gold, and that tied in to my white wedding colors.
The biggest challenge handed to her was finding the right shade of gold, because “I didn’t want to look like C3PO,” she said. 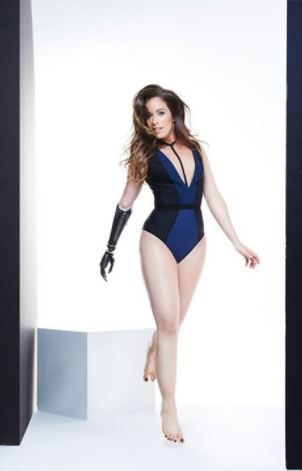 Another challenge came when she walked down the aisle.
“I had my left arm in my dad’s right arm and was left with my prosthetic arm to hold the bouquet,” she said, according to Fox News. “The entire time I was walking I was fearing I was going to drop it or not be able to hold it, but it all worked out.”
Marine said her wedding day “ended up being the best day ever.”
“It was perfect,” she said. “Growing up I feared marriage because I feared everyone looking at me, so it’s awesome to see how far I’ve come.”
The bride and groom honeymooned in Mexico, and Marine brought along her gold prosthetic.
“It was cool to see people staring at it in awe. The gold arm makes me more approachable. It draws a lot more attention, and the whole point of wearing it is to draw attention to it.”
ATTENTION! ATTENTION!! ATTENTION!!! ADVERTISE ON TOKTOK9JA AND REACH OUT TO YOUR DESIRED AUDIENCE: HERE