Yawa – As Man Who $$xually Abused A Mad Woman Was Ordered To Choose Between Going To Jail Or Marry Her.

A man was caught red-handed in an uncompleted building having c@rnal knowledge of a mad woman. He was spotted by a passerby who saw him in the act.

At first, the man thought it was two l0vers doing the usual, he said he only wanted to spy and see the action, but to his surprise, it was a young man having c@arnal knowledge of the mad woman.

So he quickly signals people and told them what was going on, they went there to nab him while he was still in the act.

Youths of the town were very aggrieved and were about to give him the be@ting of his life when an elderly man calmed them down and made them take the man to the elders.

He confessed that it was not the first he had been having c@rnal knowledge of the mad woman, he said it was not for ritual purposes, he was only having a nice time with her.

They said he would be taken to the police station and sentenced to jail, but he could also avoid jail term if he agrees to marry the mad woman.

Many people questioned the judgment as they thought he should have been handed over to the police for prosecution, while others lauded the judgment as what was only appropriate, it seems the man is in love with a mad woman, and love they say is blind. 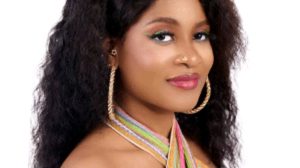