Skip to content
Share
GOOGLE has just announced the launch of its Android P beta programme and here’s all the new features and how to download it right now.
Google’s next generation operating system, Android P, is now available to download via the firm’s beta programme.
The US technology giant has just announced the launch of its new OS at its yearly developers conference with a swathe of updated features also revealed.
Android P can be downloaded right now on a range of devices including Google’s own Pixel, Sony Xperia XZ2, Xiaomi Mi Mix 2S, Nokia 7 Plus, Oppo R15 Pro, Vivo X21, OnePlus 6, and Essential PH‑1.
So what’s new in the update?
There’s plenty of new features coming to Android P including Adaptive Battery, which prioritises battery power only for the apps and services you use the most.
Google has also used machine learning to create something called Adaptive Brightness.
This intelligent feature learns how you like to set the brightness slider given your surroundings with Google saying it does a better job that current in-built settings on most smartphones. 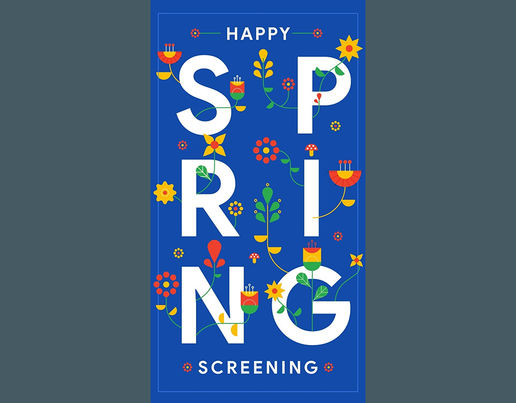 Google is making a big deal about the way Android P looks with the whole experience now more simple – making it easier and faster to use.
A less cluttered home screen along with easy gestures to switch between apps have all been included.
App Actions, for instance, help Android fans get to the next task more quickly by predicting what they want to do next.
Say you connect your headphones to your device, Android will surface an action to resume your favourite Spotify playlist.
Actions show up throughout Android in places like the Launcher, Smart Text Selection, the Play Store, the Google Search app and the Assistant. 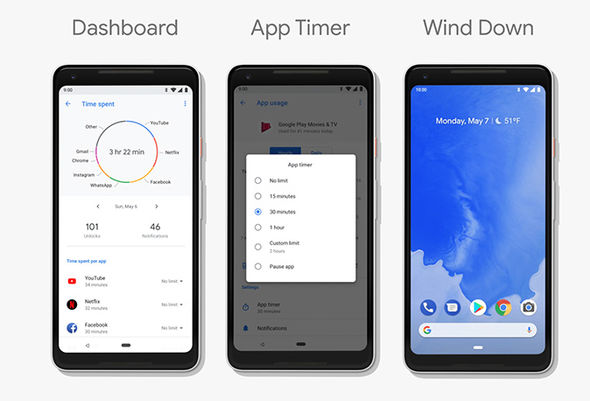 Google Android P
Another of Android P’s headline features is making smartphones less intrusive.
Within this upgrade are plenty of options that allow users to check how much time they are spending on their phone and stop themselves from being distracted by it.
Google says its focus is on giving users a greater understanding of how you use your phone, as well as more controls.
Android P includes a new Dashboard that gives a simple guide to app usage.
It even shows how many times you’ve unlocked your phone, and how many notifications you’ve received.
Another option is the App Timer which lets users set time limits on apps, and will nudge them when they are close to their limit.
Finally there’s a Wind Down mode which will switch on Night Light when it gets dark, and it will turn on Do Not Disturb and fade the screen to grayscale at your chosen bedtime to help you remember to get to sleep at the time you want.
Do you have a hot story or scandal you would like us to publish, please reach us through toktok9ja@gmail.com or WhatsApp: +2348033498347