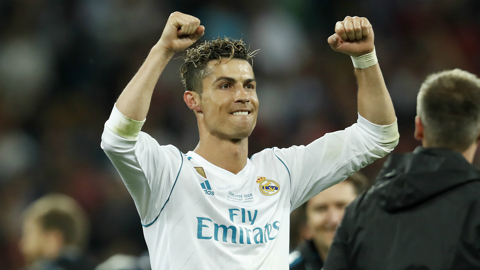 Cristiano Ronaldo’s decision to end a nine-year Real Madrid stay to sign for Juventus is the right move, according to Pele.

Ronaldo agreed a four-year deal with the Serie A champions to complete a €100 million (£88m/$117m) transfer from Madrid on Tuesday.

The Portugal captain said he wants to start a “new cycle” in his career at the age of 33, having won four Champions League titles in the past five years at Madrid.

And Pele, who spent 18 years at Santos before ending his career with New York Cosmos, understands Ronaldo’s decision.

“It was hard to join another side after so long at Santos but it was the right move.

Indeed, Ronaldo indicated that he was considering a new challenge in May, after Real defeated Liverpool in the Champions League final.

Real’s all-time top scorer, Ronaldo is reported to have signed a four-year contract that will see him pocket €30 million (£26.5m/$35m) per season.

And should Juve be victorious in Serie A this season, Ronaldo will become the very first player to win league titles in Italy, Spain and England.