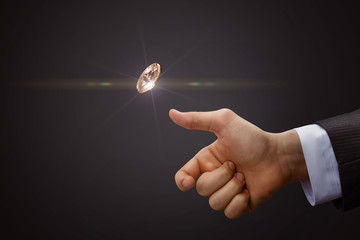 Despite last weeks ban on the cryptocurrency market by central banking authorities, Iran is still moving ahead with plans to develop an experimental local coin, according to a government minister.
Just last week Iran’s central bank prohibited banks in the country from dealing in cryptocurrencies, citing fears of associated money laundering. In related financial news, Iran moved this month to formally unify its open market exchange rates and banned money changing outside of banks.
These regulatory measures come as the Rial, the country’s national currency, has hit all time lows amid concerns about a possible return of sanctions. U.S. President Donald Trump will decide by May 12 whether to restore U.S. economic sanctions on Iran, which would be a severe blow to the 2015 pact between the country and six major powers, including the U.S.
Despite all this, Iran’s Information and Communications Technology Minister Mohammad Javad Azari-Jahromi has said the government’s local cryptocurrency project will not be affected by the banks regulations:

“The central bank’s [ban] does not mean the prohibition or restriction of the use of the digital currency in domestic development,” state news agency IRNA quoted him as saying. “Last week, at a joint meeting to review the progress of the [local cryptocurrency] project, it was announced that the experimental model was ready,” Azari-Jahromi added.

This update comes after Azari-Jahromi, Iran’s youngest minister, said in a tweet in February that his ministry’s Post Bank had been working with local experts on an experimental cryptocurrency model that now appears ready to be presented for review and possible approval.
Central Bank Doesn’t Recognize Cryptocurrencies
In February, the country’s central bank denied ever recognizing Bitcoin as an official currency, along with the idea that it was actively facilitating Bitcoin transactions. The bank also warned Iranian citizens about the high risks of making investments in the potentially volatile cryptocurrency market, saying that there’s a chance citizens ‘may lose their financial assets.’
Moving forward, the bank will continue working with other institutions to develop mechanisms to control and prevent the use of digital currencies in the country. The bank described the digital coins as follows:

“The wild fluctuations of the digital currencies along with competitive business activities underway via network marketing and pyramid scheme have made the market of these currencies highly unreliable and risky.”

Countries Creating Their Own Coins
Iran would not be the first country to develop its own state-sponsored digital currency as a way of bypassing financial blockades. Earlier this year, Venezuela launched its own coin, the Petro, which is backed by the South American country’s oil reserves.
In February, Europe’s newest digital currency, the Korona — which runs on the Lightning Network and is being touted as more stable, safer, and cheaper to use than its competitors — was launched in Budapest, Hungary.
Although sanctions on Iran are not as heavy as they were before the 2015 nuclear deal with the West, the country is still, for the most part, cut off from major international payment networks like Visa, Mastercard, and PayPal.
As is the case in other parts of the world,Africa for example, this economic stalemate is making the decentralized payment methods offered by cryptocurrencies more and more appealing — something of which, fortunately, it seems the government of Iran recognizes, even if traditional banking authorities don’t.
ATTENTION! ATTENTION!! ATTENTION!!! ADVERTISE ON TOKTOK9JA AND REACH OUT TO YOUR DESIRED AUDIENCE: HERE