Skip to content
Share
Chelsea youth team coach Joe Edwards described their 3-0 UEFA Youth League final defeat to Barcelona as ‘an absolute disaster’ as they were outclassed in Nyon. 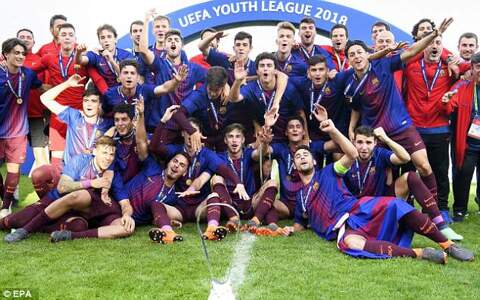 Two goals from Alejandro Marques and a stoppage-time third from Abel Ruiz handed the latest talented crop of La Masia graduates a thoroughly deserved victory.
Chelsea were aiming for a third Youth League triumph in four seasons but failed to perform anywhere near their usual standards and were comprehensively beaten. 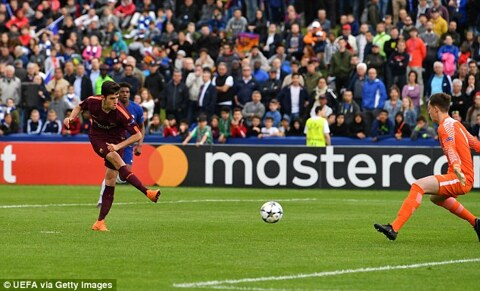 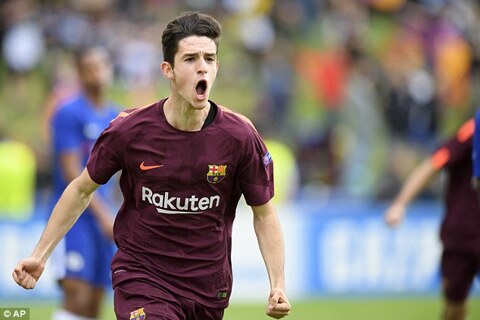 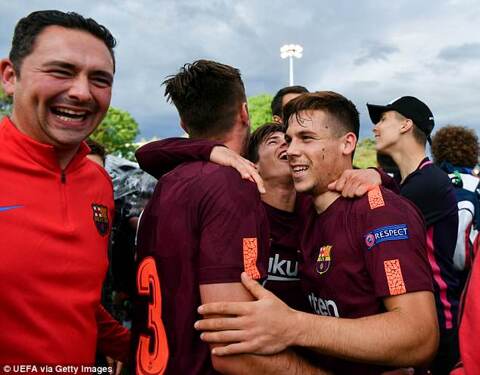 ‘It was an absolute disaster from start to finish, it was so unlike us,’ admitted Edwards.
‘I don’t want to be too damning across the board on the lads because it is a fantastic achievement to get to the final of this competition.
‘We had a message from Frank Lampard before the game, saying that once you get to a final and you don’t win, you wish you hadn’t got there because it hurts so much. Frank is right. 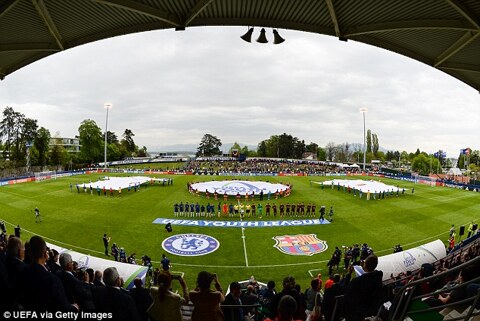 ‘We spoke about the fact there wouldn’t be any shame in losing to Barcelona if we could walk in and say we gave everything we could.
‘Unfortunately we didn’t get anywhere near the standards we normally set for ourselves. Physically, we didn’t look as sharp as them, on the ball we were poor and they really punished us today.’
Chelsea fell behind on 33 minutes when Marques headed home from close range following an excellent run down the left by Ruiz that split the Blues back line. 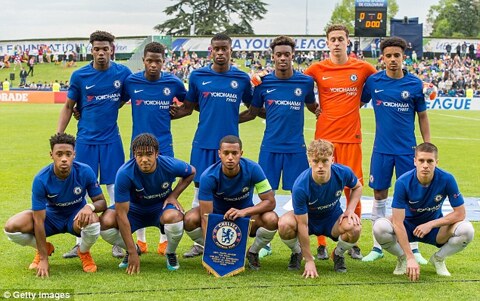 Defender Marc Guehi was culpable for Barcelona’s second as he failed to control a pass right in front of goal, allowing Marques to dispossess him and roll the ball home.
And the excellent Ruiz added the third in stoppage time to confirm Barcelona’s second Youth League triumph, four years after they won the maiden edition of the tournament.
Edwards urged his players to take the disappointment on board as part of the learning curve in their young careers. 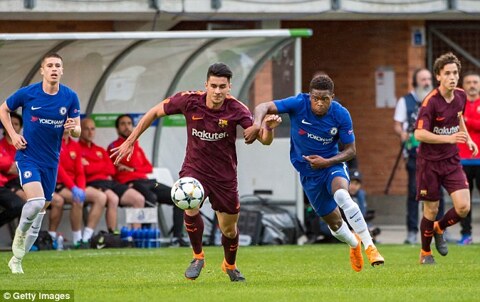 He added: ‘There have been plenty of occasions when we have been jumping the pitch with the trophy and we have to feel that pain inside and so whenever the next time they have this opportunity, they make sure it doesn’t happen again.
‘We set high standards from the first team down and this is a club where you’re expected to win. and even if you can’t win, when you get to those big games, you really have to show you are capable of playing in them.
And today we really disappointed, we really let ourselves down. The boys need to accept that.’ 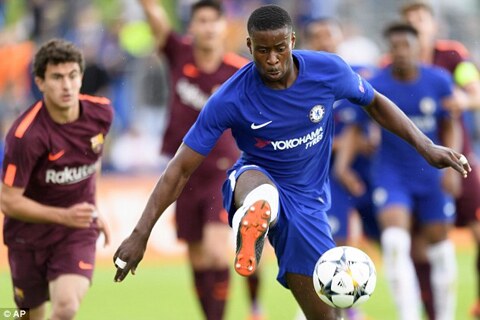 Some of this Chelsea under-19 squad have a quick opportunity to make amends when they play in the final of the FA Youth Cup – an under-18 competition – against London rivals Arsenal.
The first leg is at Stamford Bridge this Friday, with the return at the Emirates Stadium next Monday as Chelsea aim to lift the trophy for a fifth consecutive season.
‘A lot of those players get to go out and play Arsenal at Stamford Bridge on Friday,’ said Edwards.
‘For some of those who don’t have that option, today will prey on their mind for a long time. 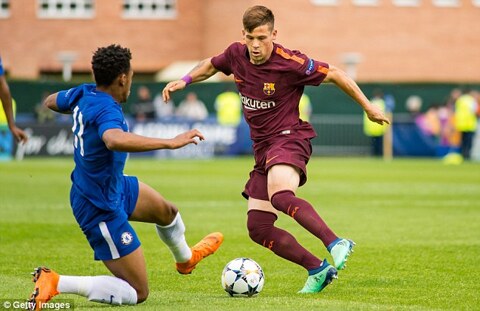 ‘Sometimes after a setback, the best thing is to get out on the pitch as soon as possible and put it right. Hopefully the boys will be celebrating lifting a trophy on Monday.’
Chelsea player Jacob Maddox said: ‘The best team won on the day. We’re devastated an we can’t explain how we feel right now. We didn’t turn up.
‘Losing hurts and we are feeling it at the moment. We can only take it going forward. We have a really young team, they will gain a lot of experience and I’m sure we will come back next year.’
ATTENTION! ATTENTION!! ATTENTION!!! ADVERTISE ON TOKTOK9JA AND REACH OUT TO YOUR DESIRED AUDIENCE: HERE

1 thought on “It was an absolute disaster, admits Chelsea youth team boss after UYL final”