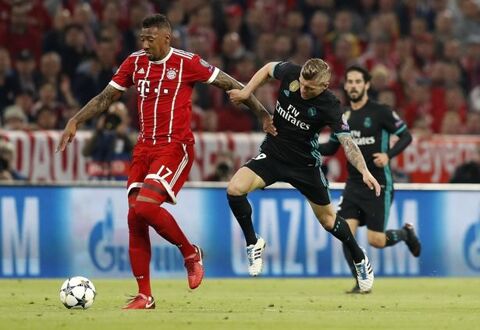 Manchester United target Jerome Boateng is ‘considering his future’ amid interest from the Old Trafford giants.
The Bayern Munich defender continues to be linked with a switch to the Red Devils and has refused to rule out a move away from the Allianz Arena this summer.
He told Socrates magazine: “I’ve experienced everything at FC Bayern, and I am slowly coming to a point where I must answer myself certain questions.
“What are the goals I have not reached yet? Do I, time and time again, want to prove myself at the same club with the same pre-conditions?’
“Those are not necessarily classic questions regarding the career, but vital questions and, in the end, questions that drive people.”
Jones: Sanchez desperate to beat Arsenal
Alexis Sanchez will be desperate to “put one over” on his former club Arsenal this weekend, according to Manchester United team-mate Phil Jones.
Sanchez faces his old side on Sunday for the first time since his January switch to United in what will be Arsene Wenger’s last game at Old Trafford as Arsenal boss.
Jones admitted Sanchez will be desperate to show his former employers just why he decided to join United, by helping Jose Mourinho’s side to victory over them.
Asked if it will be strange for Sanchez to face his former team, Jones said: “Not so much at home.
“If it was away at the Emirates, it might be a bit different. Going back to a place where he’s very fond of, knows the pitch well and the fans well.
“So, at home, it’s a little bit different, but he’ll still get that added incentive to try to put one over on them.”
Read more here.
Parker: What’s been missing under Mourinho
Paul Parker says the fear factor has gone from Manchester United.
And the former defender believes Jose Mourinho’s tactical approach needs a complete overhaul if they are to return to challenge Manchester City for the title next year.
United’s defeat to West Brom last weekend ensured that the title would be going to their local rivals with five games to spare this season. 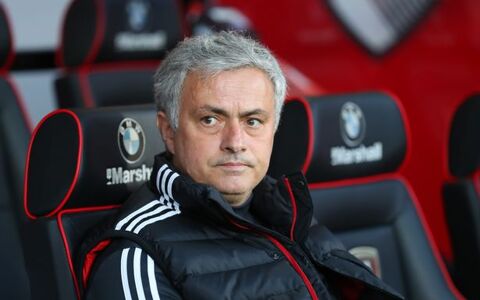 Parker, who played for United from 1991 to 1996, says that teams are not scared of heading to Old Trafford anymore.
Speaking on the latest Mirror Football podcast, he said: “They have been a million miles apart, not just with points but with ideas and the way they want to play have gone out of the modern game.
ATTENTION! ATTENTION!! ATTENTION!!! ADVERTISE ON TOKTOK9JA AND REACH OUT TO YOUR DESIRED AUDIENCE: HERE