MEGA rich Premier League footballers and A-list movie stars might want to think twice before buying their next car.
These stunning supercars don’t just cost a fortune to buy – but also need a king’s ransom to be kept on the road. 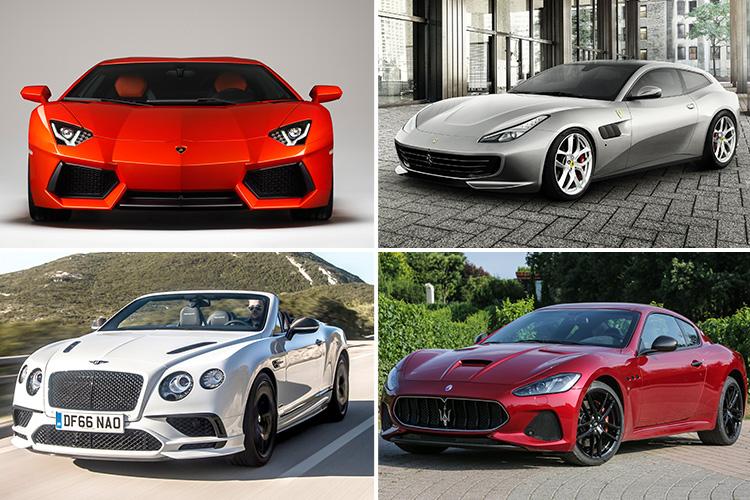 Expensive supercars cost a fortune to tax
While the huge V8 and V12 engines will help the luxury motors hit 200mph top speeds, they also chuck out huge amounts of CO2.
Not just bad for the environment but also your bank balance.
Cars that emit over 255g/km are charged £2,070 in vehicle excise duty (VED) in their first year.
And while this drops back to a £140 flat rate after that, owners of posh cars worth over £40,000 face a £310 a year surcharge for five years. 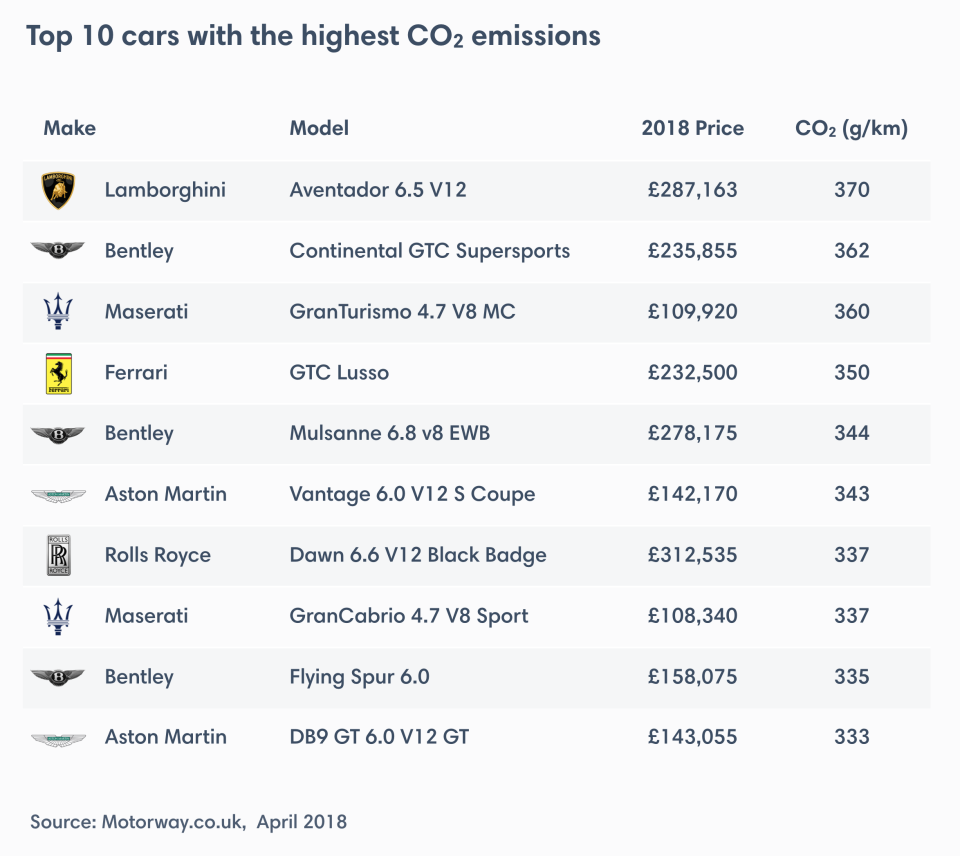 A table compiled by Motorway.co.uk revealed the incredible prices of the top 10 cars with the highest emissions.
A £287k Lamborghini Aventador with a 6.5-litre V12 pumps out 370g/km – closely followed by a high-performance convertible Bentley Continental.
It’s one of three Bentleys to make the top 10 list alongside two Aston Martins, two Maseratis, a Rolls-Royce and Ferrari.
In total, there are 74 models from 14 different car makers in the highest VED band including European supercars plus motors from American manufacturers – Cadillac, Corvette and Chevrolet.
The CO2 figures are almost four times the average family car.
Alex Buttle, director of Motorway.co.uk, said: “Let’s face it, no-one buys one of these beefy gas guzzlers for their fuel efficiency or environmental credentials.
“And with the worst polluters being Lambos, Bentleys and Ferraris which are most popular amongst the super-rich, the government’s highest road tax fee of £2,070 is unlikely to put any kind of dent in their owner’s wallet.
“Which does beg the question, when the average purchase price of these cars is more than £160,000, why isn’t the VED rate at the top level even higher? With some of these cars costing more than a small house in some parts of the UK, could VED be means tested?”
ATTENTION! ATTENTION!! ATTENTION!!! ADVERTISE ON TOKTOK9JA AND REACH OUT TO YOUR DESIRED AUDIENCE: HERE