Paris Saint-Germain captain Thiago Silva has insisted his Brazilian compatriot Neymar will remain at the club in the summer despite interest from Real Madrid. 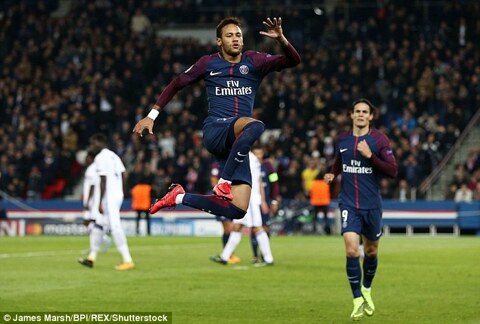 The 26-year-old only moved to the Parc des Princes side in a world-record £198million deal last summer, but is reportedly unhappy in the French capital.
Silva, however, is adamant the forward will not leave.  ‘Neymar has a contract with PSG, I hope that he will stay with us,’ he told Canal+ after their 2-1 away victory against Nice.
‘This project is very strong, even if it sometimes takes a while to win, which is normal.
‘We will stick together with Neymar. He is already making good progress in his rehabilitation back in Brazil — he is already working very hard and at a high level.
‘I hope that he will stay with us because we are much stronger with him. Do I hope or am I sure? I am sure.’
Neymar is currently fighting back to be fit in time for the World Cup this summer, having suffered a hairline fracture to his fifth metatarsal and a sprained ankle during PSG’s Ligue 1 win over Marseille last month.
According to reports in Spain, Madrid president Florentino Perez has already turned his attentions elsewhere with plans now to sign Neymar in 2019. 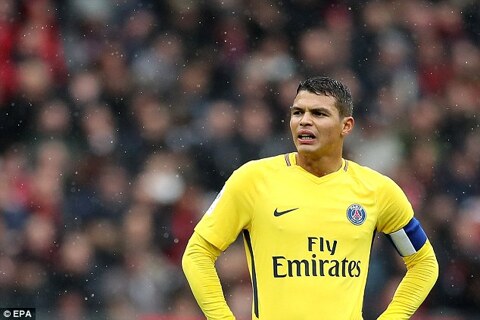 The La Liga giants have agreed a ‘deal in principle’ to sign Bayern Munich forward Robert Lewandowski as they look set for a summer overhaul.
Zinedine Zidane’s side knocked PSG out of the Champions League earlier this month and boss Unai Emery admitted  at the weekend it is still hurting.
‘When you win, you forget things little by little,’ the Spaniard said. ‘However, it is true that something was still missing, so it was not completely forgotten. For me, the team continued to respond to the Real Madrid result here, like against Metz and Angers.
‘It was a difficult match today, the kind of game we like to play, against an opponent that makes us defend for 90 minutes and makes us make a lot of challenges. We had the same kind of game last year — this win is very good for us. The team played well today, I am happy.
‘We have to keep going like that. I’m happy with all the players, congratulations to them.’