Skip to content
Share
Arsenal wasted a golden opportunity to put themselves on course for the Europa League final after conceding a devastating late equaliser against 10-man Atletico Madrid in the first leg of their semi-final clash. 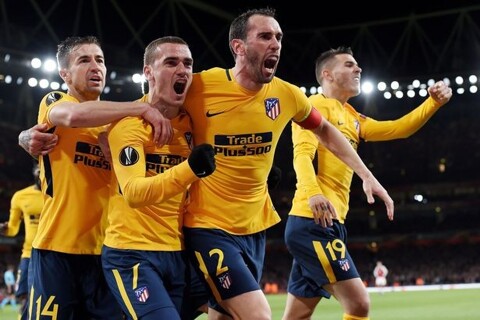 It wasn’t how Wenger will have wanted his final European home match in North London to end. However, if anything, it was all rather fitting.
Here are five talking points from the Emirates….
1. Third time the charm for Lacazette 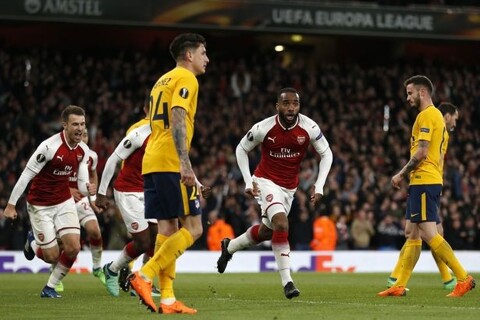 It hasn’t been the easiest of debut seasons for the French international striker and it’s fair to say when he has looked anything but a £52million striker.
But perhaps just at the right time for Wenger, Lacazette is rediscovering his groove as he eyes a Europa League final homecoming.
Lacazette reached the last four with Lyon last term and is looking to go one further this time around, and his 16th goal of the campaign – his seventh in his last seven games – gave Arsenal a deserved lead just as frustration looked to be settling in.
All night the movement proved himself a handful and caused Atletico – who tried to buy him last summer before their transfer embargo – problems with his intelligent movement and link up play.
It was he who hit the post and also forced a fine save from Oblak in the first half, before his excellent header – his third genuine effort of the match – handed Arsenal the lead.
2. Oblak shows why he’s in top keeper conversation 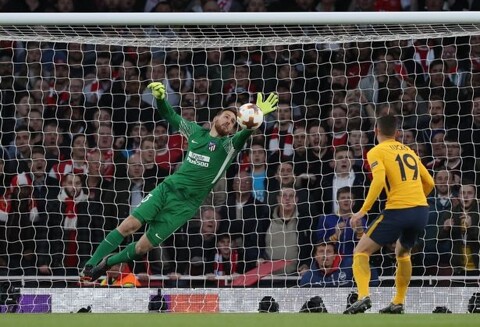 If Oblak does walk away from Atletico Madrid this summer, then the Slovenian will take some replacing.
Oblak has been hugely impressive for Los Rojiblancos since replacing Thibaut Courtois between the sticks in 2014, keeping a barely believable 90 clean sheets in 156 games for the club ahead of his visit to the Emirates.
Oblak has suggested that his future could lie elsewhere after the summer, with Paris Saint-Germain having been linked with a big money move and his price tag will only have risen after his personal show of resistance in North London.
The keeper offers commanding presence in goal for Atletico, and while others around him may have lost their heads in the early throes of this semi-final battle, he stayed calm and unflustered, making a number of saves, both exceptional and routine – none better than the 87th minute save to deny Ramsey’s header.
That Atletico head back to the Spanish capital with hopes of Lyon still prominent owes much to the 6ft 2in stopper.
3. Griezmann makes up for error 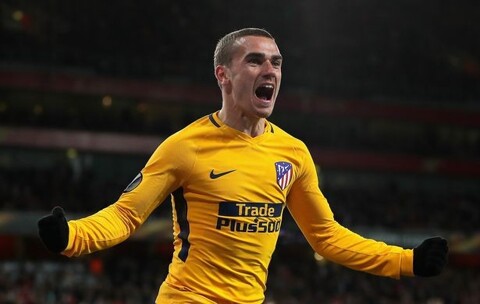 If Griezmann does leave Atletico Madrid this summer for Manchester United, Barcelona, PSG or whichever of Europe’s elite is willing to splash £100million on the creative forward, he will do so with the best wishes of Atletico’s support and will be doing so in his quest for trophies.
Now 27, the Frenchman has only a Supercopa de Espana (2014) and a second division triumph with Real Sociedad to show for his career in terms of collaborative successes and wants more.
Here, he put his side in peril, before making up for it.
It was Griezmann’s mistake, trying to nutmeg Monreal on the edge of his own box, which Arsenal seized upon to take the lead.
But when handed a sniff late on, even though Atleti had all but settled for a 1-0 defeat, Griezmann nabbed his 27th of the season.
4. Defence let Gunners down once more 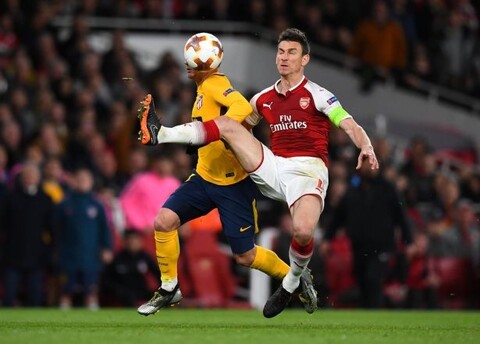 When Atletico were reduced to 10 men just 10 minutes in, Arsenal should have smelt blood.
They should have gone for the jugular, exactly like Manchester City would, or Liverpool did against Roma in the Champions League recently, but they didn’t.
They wasted chance after chance, and when they did get their break through courtesy of a brilliant Lacazette header, they needed their defence to stand firm and protect the lead at all costs.
Away goals in this competition count for so much. Not only do they fill a team with confidence, and provide an unbalanced advantage, but they give the away team the psychological edge going into the second leg.
But captain Koscielny was unable to rally his side and keep an all-important clean sheet. He failed to keep tabs on Griezmann, who left him before firing past Ospina. A late lunge from Mustafi, following a slip, wasn’t good enough either.
Arsenal had a brilliant chance to take a massive lead with them to Spain next week, but they go into the clash as favourites to go out.
5. An opportunity missed 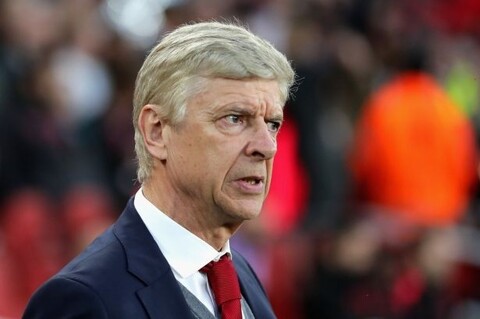 Wenger spoke this week about his biggest regret as Gunners boss, remembering the 2006 Champions League final and his great Invincibles side of 2003-04; both had their chance to win Europe’s biggest prize, but both fell short.
In the sister competition, what a chance this was to not just head to Madrid with a lead, but to put the tie to bed.
Arsenal played 80-plus minutes against 10 men, but weren’t clinical enough. Too often this side takes the easy option, the comfortable ball, not wanting to really push things; here, they too often crossed from deep, not wanting to work the angle to the byline (when they did, they scored).
Atletico were happy to settle for 1-0, the substitution of Savic for Correa showed that. Alas, Arsenal’s brittle defence once more reared its ugly head.
ATTENTION! ATTENTION!! ATTENTION!!! ADVERTISE ON TOKTOK9JA AND REACH OUT TO YOUR DESIRED AUDIENCE: HERE