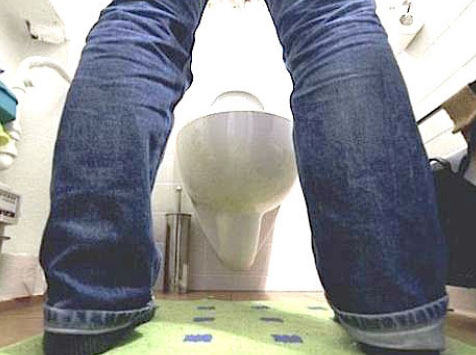 Human urine has been a useful tool of diagnosis since the earliest days of medicine. The colour, density and smell of urine can reveal much about the state of our health.

Most people don’t give much thought to their urine before flushing it out of sight. But the basic details of your urine colour, smell, and how often you urinate can give you a hint about what is going on inside your body.

Urine is your body’s liquid waste, mainly made of water, salt, and chemicals called urea and uric acid. The kidneys make it when they filter toxins and other bad stuff from the blood. A bunch of things in the body, like medications, foods, and illnesses, can affect how urine turns out.

If everything is normal and healthy, the colour should be a pale yellow to gold. That hue comes from a pigment the body makes called urochrome. The shade, light or dark, also changes. If it has no colour at all, that may be because you have been drinking a lot of water or taking a drug called a diuretic, which helps your body get rid of fluid. Very dark honey or brown urine could be a sign that you’re dehydrated and need to get more fluids right away. It may also be a warning sign of liver problems.

According to a medical doctor, Lekan Sunday, urine is a very useful tool in diagnosis. He said: “We use it to determine the state of health of patients to some extent. Not only can we determine protein, sugar, yeast, and bacteria levels, but we also can also use it to detect severe issues, like cancerous tumors and bladder infections, just by noticing oddities in your urine.

“But to be able to spot deficiencies, it’s crucial to first know what normal, healthy urine looks like. Generally speaking, if your urine is transparent and has a pale yellow, yellow or dark yellow colour, you’re perfectly healthy. A good rule of thumb is the darker your urine, the more water you need to drink. And if your urine is any other colour besides a various shade of yellow, something may be wrong.

“When you’re checking out the bowl, it’s also good to keep in mind that there are external factors that can influence the colour of your urine, such as medications, chemotherapy drugs, laxatives, and dyes found in certain foods. We still encourage you to bring any abnormalities to the attention of your health care provider, but don’t panic if you see blue/green urine. Truth is, you may have just had too many blueberries beforehand. Also, evaluating your urine on your own may be a good stepping stone to diagnosing a problem, but taking any suspicions to your doctor is the only way to officially determine any bodily disorders.”

There are other unusual colours that may show up, including:

Pink or red: Some foods, like carrots, blackberries, beets, and rhubarb can turn your urine a pinkish-red colour. This can also be a side effect of medications like the antibiotic rifampin or a drug for urinary tract infections (UTIs) called phenazopyridine.

Expert advised that you always check with your doctor if your urine is pink or red. “You might have blood in your urine. It does not always mean there’s a problem, but it can be a sign of kidney disease, a uninary tract infection (UTI), prostate problems, or a tumor.”

Despite its alarming appearance, red urine is not necessarily serious. Red or pink urine can be caused by blood, food and medication.

Orange: When your urine is the colour of a citrus-flavoured soft drink, it’s probably because of medications, like high-dose Vitamin B2, the UTI drug phenazopyridine, or the antibiotic Isoniasid. Depending on the colour, it could also be a sign that you’re dehydrated or that there’s a problem with your liver or bile duct.

Orange urine can result from medication, medical condition and dehydration.
Medications that can turn urine orange include the anti-inflammatory drug sulfasalazine (Azulfidine); phenazopyridine (Pyridium); some laxatives; and certain chemotherapy drugs.

In some cases, orange urine can indicate a problem with your liver or bile duct, especially if you also have light-coloured stools. Dehydration, which can concentrate your urine and make it much deeper in colour, can also make your urine appear orange.

Blue or green: These hues are probably due to dyes in your food or medications you have taken, like the anesthetic propofol or the allergy/asthma medicine promethazine. “A few rare medical conditions can also turn urine green or blue, so let your doctor know if the colour does not go away after a short time,” says an expert.

Blue or green urine can be caused by dyes, medication and medical condition.
Some brightly coloured food dyes can cause green urine. Dyes used for some tests of kidney and bladder function can turn urine blue.

A number of medications produce blue or green urine, including amitriptyline, indomethacin (Indocin, Tivorbex) and propofol (Diprivan), while Familial benign hypercalcemia, a rare inherited disorder, is sometimes called blue diaper syndrome because children with the disorder have blue urine.