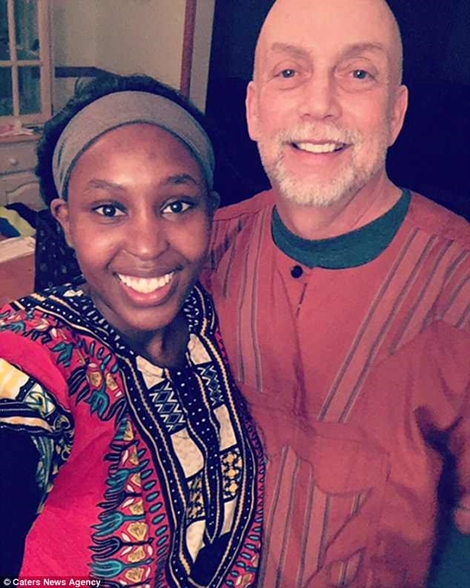 A 21-year-old lady identified as Rahab Kimani, who lives in Barnaget, New Jersey, and fell in love with her boss who is 33 years older than her, has revealed how she was branded ‘disgusting’ by friends over the age-gap relationship.
According to Dailymail UK, the female student who disclosed exclusively to the publication, said she ‘immediately wanted’ 54-year-old Joe Singiser, when she met him through work at a nursing home.
While speaking to a correspondent, the father of four, said he was ‘surprised’ when he found himself attracted to a much younger employee but decided to pursue the romance because he knew it was ‘true love’. 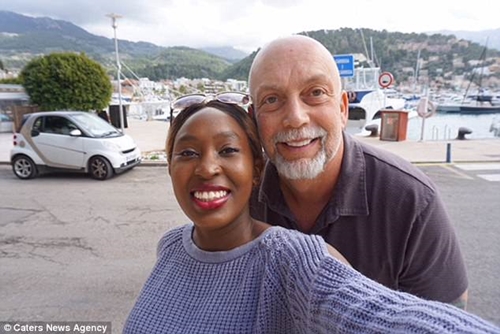 The couple, who have been together for a year, now live together and are considering starting a family together.
Speaking on their romance, Rahab, a student and home health aid, said: ‘My friends were really disgusted in me for finding an older man attractive, so I just stopped talking about it when I was around them.
‘I was very comfortable on our first date. We laughed the whole night and had so much to talk about. I remember after I got home I couldn’t stop smiling.
‘It was really hard dealing with the way my family reacted to it. I had to give them their space and I cried almost every single day.’ 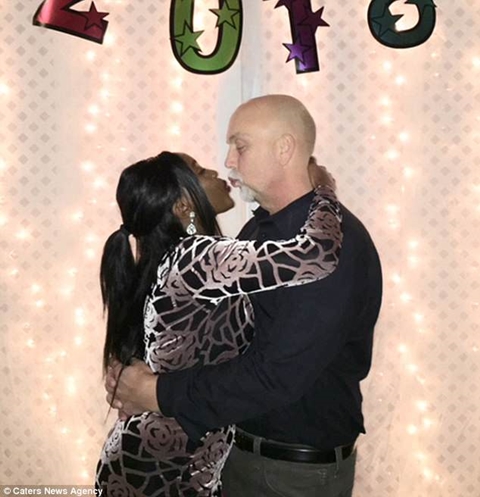 Rahab revealed she first found Joe attractive while he was her supervisor. ‘I thought he was very attractive and immediately wanted him. I really liked his big muscles and that everyone at work was afraid of him.’
Meanwhile Joe said he ‘noticed her beautiful smile from across the room’ and would find excuses to come out of his office just to see her.
Rahab said that while she no longer sees the age difference, they do draw looks from strangers on the street. ‘We get looks while in public all the time,’ she said. 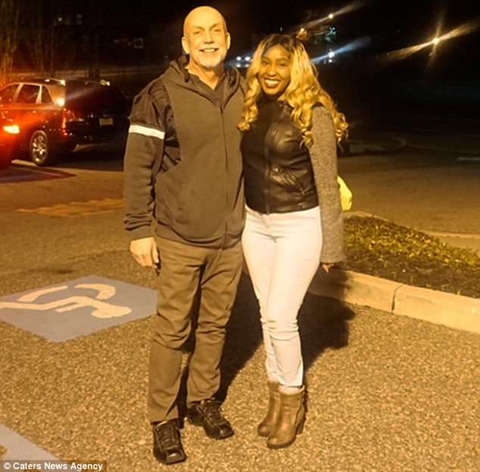 ‘Someone even came up to me once and said I should be ashamed of myself because I just want his money. I did get sensitive, but I just walked away.
‘I just see him as my boyfriend and my best friend. If anything, the difference is that I take this relationship as more serious than previous ones. It took everyone a long time, but they are finally understanding of us being together.’
Joe has introduced Rahab to his children who are ‘very accepting of their relationship’. The 54-year-old admitted that while they share many interests, there is also compromise. 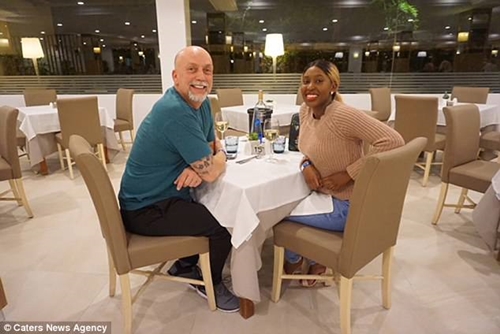 He said; ‘We are in two different places in our lives. She parties all night and I’m in bed at 10pm but we make it work because we love each other.’
Now that they have been together for one year, the couple has started to discuss the possibility of marriage and children.
ATTENTION! ATTENTION!! ATTENTION!!! ADVERTISE ON TOKTOK9JA AND REACH OUT TO YOUR DESIRED AUDIENCE: HERE