Skip to content
Share
While they may never agree among themselves, one thing football fans seek from referees is consistency and it is clear that officials from around the world cannot come to one conclusion on the penalty that sent Real Madrid to the Champions League semi-finals. 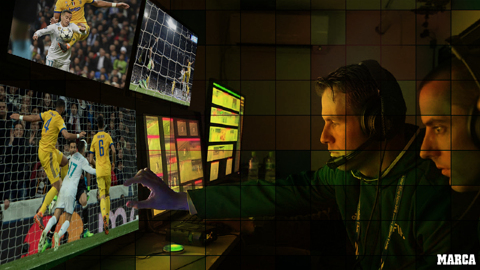 Michael Oliver was the man entrusted with making the call in the game however many of his professional colleagues don’t agree with the Englishman’s decision.
“There is not enough contact to give a penalty,” said former LaLiga referee Andujar Oliver on Radio MARCA. “[Mehdi] Benatia even touches the ball.”
Eduardo Iturralde Gonzalez, who once gave a very controversial handball to help knock Armenia out of Euro 2012 qualifying, also felt that the contact was ‘not enough’ when speaking on La Ser.
However, the view across Spain is far from united as Ansuategui Roca backed Oliver’s call.
“It’s a penalty,” noted the 61-year-old. “Penalties in injury time that change the result are always very controversial.
“There is a push. The defender jumps on the attacker and knocks him down.”
Rafa Guerrero, who officiated at Euro 2004, also cited the nature of the incident as one that would always divide opinion.
“I can understand that the moment in which it occurs is painful for fans outside of Real Madrid, but the truth is that it is a penalty,” he declared.
Elsewhere, Mexican referees Felipe Ramos Rizo and Gilberto Alcala Pineda also find themselves in disagreement, the latter stating that it wasn’t a penalty.
“I don’t see controversy,” wrote 2002 World Cup official Rizo on Twitter. “Simply, the referee applied the rules. It was a well sanctioned penalty in favour of Real Madrid.”
Another retired referee with his own controversial decisions to draw experience from, Graham Poll, gave credit to countryman Oliver for making the call in such a fierce environment.
“Oliver was courageous enough to award a penalty,” Poll wrote in Daily Mail.
“Surrounded and disgracefully harassed by half a dozen or so menacing Juventus players, led by their talismanic captain, Oliver stayed calm and correctly dismissed Gianluigi Buffon for his aggressive protests.”
In fact, Oliver would have been the English representative at the World Cup however the FA didn’t change their selection in time and ended up with no official in Russia, due to former pick Mark Clattenburg’s decision to move to Saudi Arabia.
ATTENTION! ATTENTION!! ATTENTION!!! ADVERTISE ON TOKTOK9JA AND REACH OUT TO YOUR DESIRED AUDIENCE: HERE