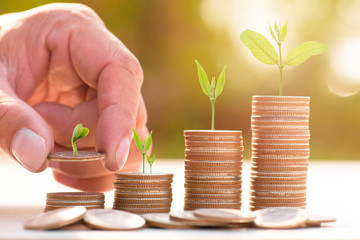 Through the years, many innovative ways of raising money emerged and the boom that cryptocurrencies made in the last decade meant that a novel way of crowdfunding for startups was created. Initial Coin Offerings (ICOs) are the latest trend for startups to raise money and that is the main topic of today’s article.

ICOs are sources of capital for startup companies, and are used mainly because this way startups can avoid costs of regulatory compliances and intermediaries. Essentially, with ICOs you have several investors buying your cryptocurrency, and in doing so they fund your startup in hopes of getting a return investment in the future.

As of February 2018, btxchange.io states that the most used blockchain platform for ICOs with more than 80% of the market share is Ethereum. According to a research by Cointelegraph, a site generalized in cryptocurrency news, the Ethereum network ICOs have resulted in phishing, Ponzi schemes, and other scams, which accounts for around 10% of ICOs.

2017 saw ICOs raise 40 times as much capital as they had in 2016, which shows the astonishing growth that ICOs are experiencing. The capital they have raised is lower than the one raised by its main counterpart called IPOs, or initial public offerings.

The downside that ICOs have is the potential for making scams.

Take a look at the infographic created by BTXchange.io to find out more information about ICOs, and what is expected from them.

By: Josh Wardini
Follow us on Social Media
twitterfacebookinstagramyoutubepinterest

1 thought on “An Innovative Way Of Fundraising”