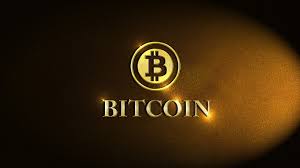 Bitcoin, showing a strong performance in April, gained 36% from its April 1 low to reach closer to the mount $10,000. At the start of the month, the most valuablecryptocurrency had touched a low of $6,526 and it has gained $2,336 in since.
If the steady rise in its price continues, by the end of the month, bitcoin is expected to climb to $10,000 which it last touched on March 8.
A similar growth can be seen in other major cryptocurrencies as well. The graphs of Ethereum and Ripple almost mirror each other. Ethereum has gained $225 to register a 56% growth in last three weeks. Similarly, Ripple has surged over 68% in last 21 sessions.
Other minor cryptocurrencies which are also known as altcoins (short for alternate coins) have also grown rapidly in April with a few exceptions. Two of the coins which have not followed the growth pattern exhibited by others are Tether—which has a history of being comparatively more volatile—and Verge.
Not surprisingly, the market capitalisation of the currencies has also seen a tremendous growth. The market cap of the whole cryptocurrency market added over $120 billion in last three weeks which is about one-third of the capitalisation it has lost in the first quarter of 2018.
In the first three months, the capitalisation of cryptocurrency market sank to $270 billion from $612 billion at the start of the quarter. Bitcoin had also shed more than half of its value. On March 31, it closed at 65 percent below its all-time high exchange rate of $20,089 which it had attained on December 17, last year.
The world’s first cryptocurrency opened the first quarter at $14,112 and closed it at $6,973, reaching a quarter high of $16,537 on January 8. The currency had lost $119.9 billion in market cap in this period.
(All data courtesy of CoinMarketCap)
ATTENTION! ATTENTION!! ATTENTION!!! ADVERTISE ON TOKTOK9JA AND REACH OUT TO YOUR DESIRED AUDIENCE: HERE