Skip to content
Share
Gianluigi Buffon has explained why he chose to accept Italy’s call-up – to ‘unify’ the squad and for Davide Astori. 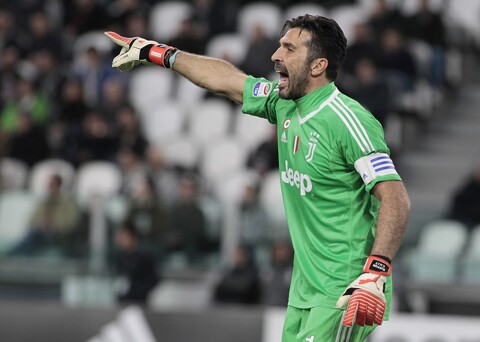 Buffon was selected in Luigi De Biagio’s first Italy squad for their friendlies against Argentina and England, despite a growing belief that the Juventus veteran’s time was up on the international scene.
“I’m a consistent person with a great sense of responsibility,” he was quoted as saying by Calciomercato.com.
“That alone is enough to explain my presence. In addition, I’ve always been an unifying element in the national set-up, and I’d like my presence to be seen in this way.
“The young lads will grow, some already have, and from tomorrow they’ll get their chance.
“Astori? Davide is another reason why I’m here and why I wanted to attend and respond to this call.”
﻿ ATTENTION! ATTENTION!! ATTENTION!!! ADVERTISE ON TOKTOK9JA AND REACH OUT TO YOUR DESIRED AUDIENCE: HERE