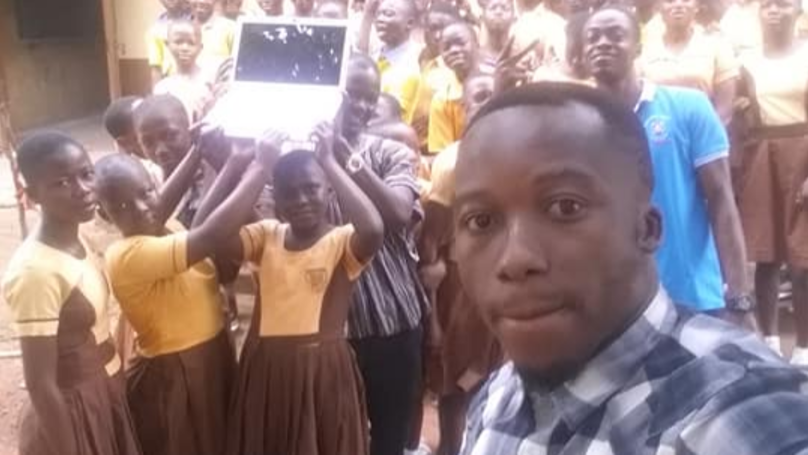 Ghanaian teacher Richard Appiah Akoto hit headlines earlier this month when images of him teaching his students about Microsoft Word using only his blackboard went viral. But now he actually has a computer for the classroom.
Images showing Akoto drawing a highly detailed diagram of the Word interface on his blackboard in order to teach his pupils about the software inspired people around the world, with many donating computers to his school. 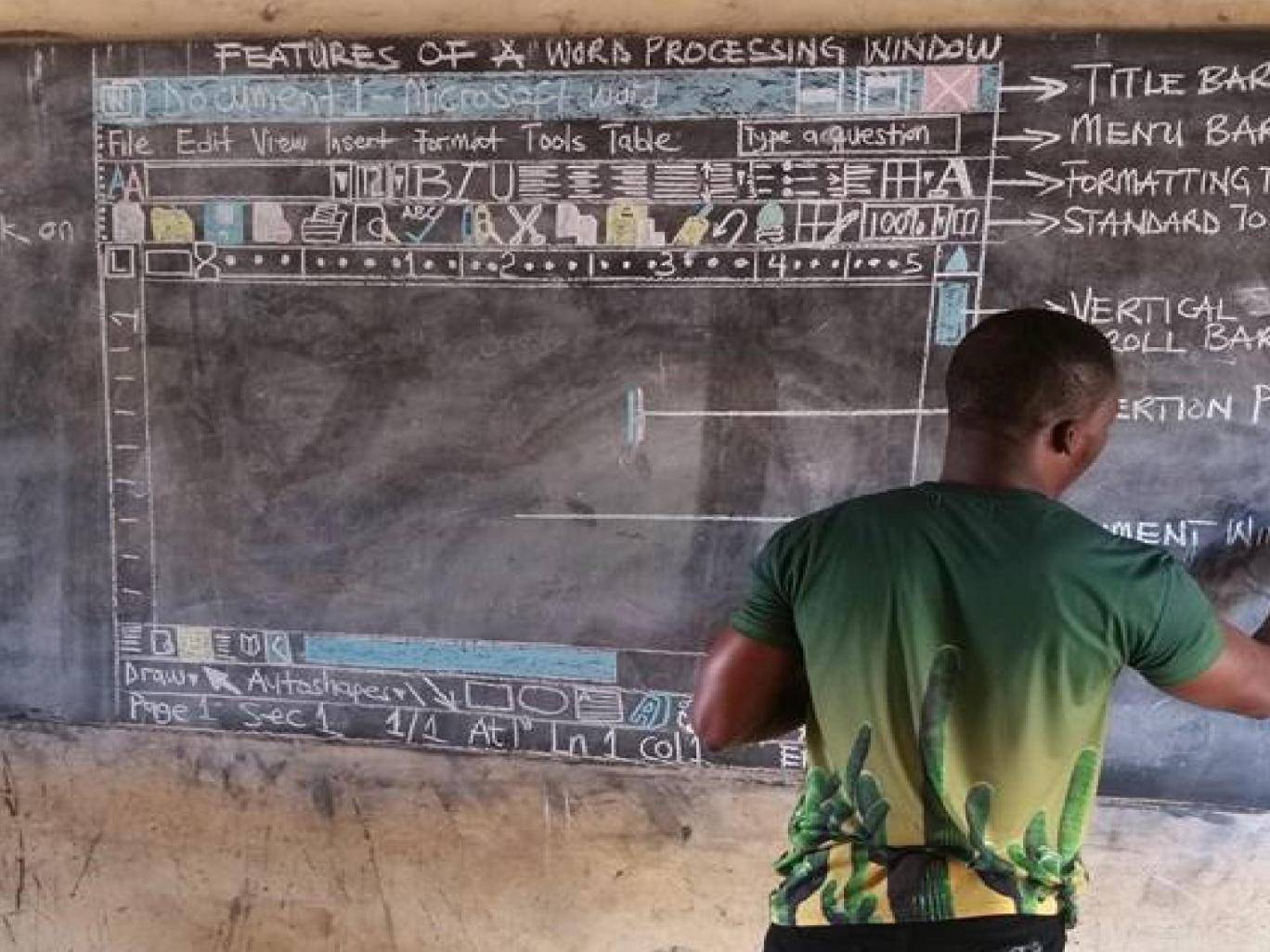 His efforts didn’t go unnoticed by Microsoft either, who promised to give him free training and have already flown him out to Singapore to attend the annual Microsoft Educators Exchange.
The American tech giant pledged to equip Akoto with a device from a business partner as well as access to the Microsoft Certified Educator Program (MCE) for professional development. 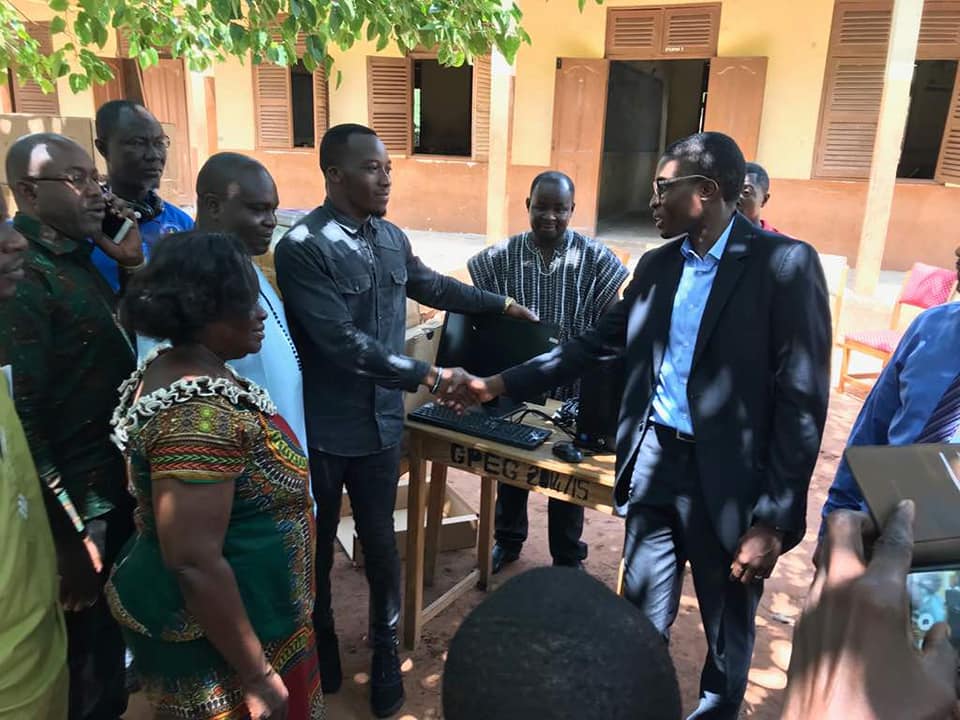 After reading the Facebook post that made Akoto famous, a Saudi PHD student at the University of Leeds sent him a laptop ‘as a small gift to his students’.
“I always understand from the teachings of Islam that useful knowledge is crucial for the benefit of the self and humanity,” Amirah Alharthi told CNN.
“Also, I am thinking of how much genius people the world has already lost because these people did not have the fair opportunities comparing to others and that makes me very sad.” 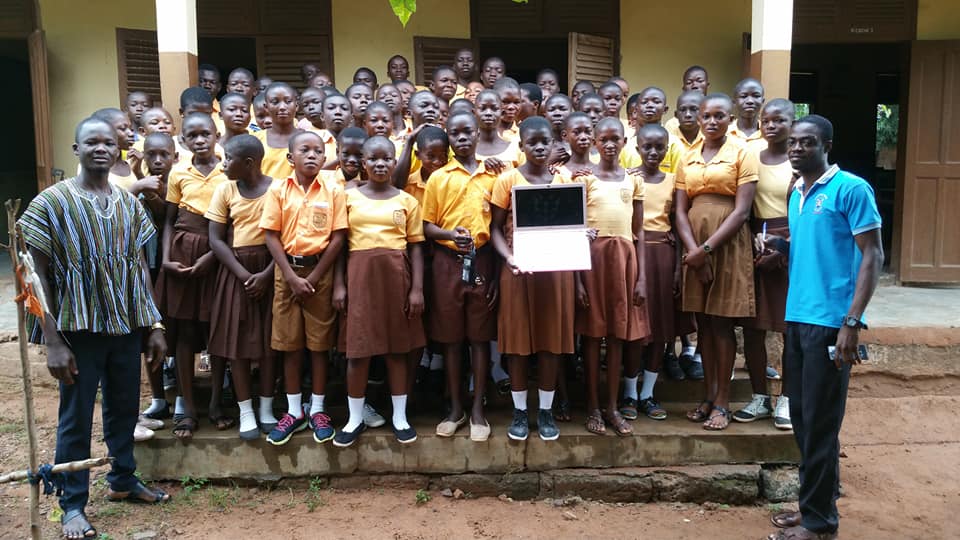 The school hasn’t had a computer since 2011 but its students are required to pass national exams that include questions on information technology.
Since his story went viral, computers have been flooding in. NIIT Ghana, a computer training school based in Accra, donated five desktop computers to the school, along with books and a laptop for Akoto. 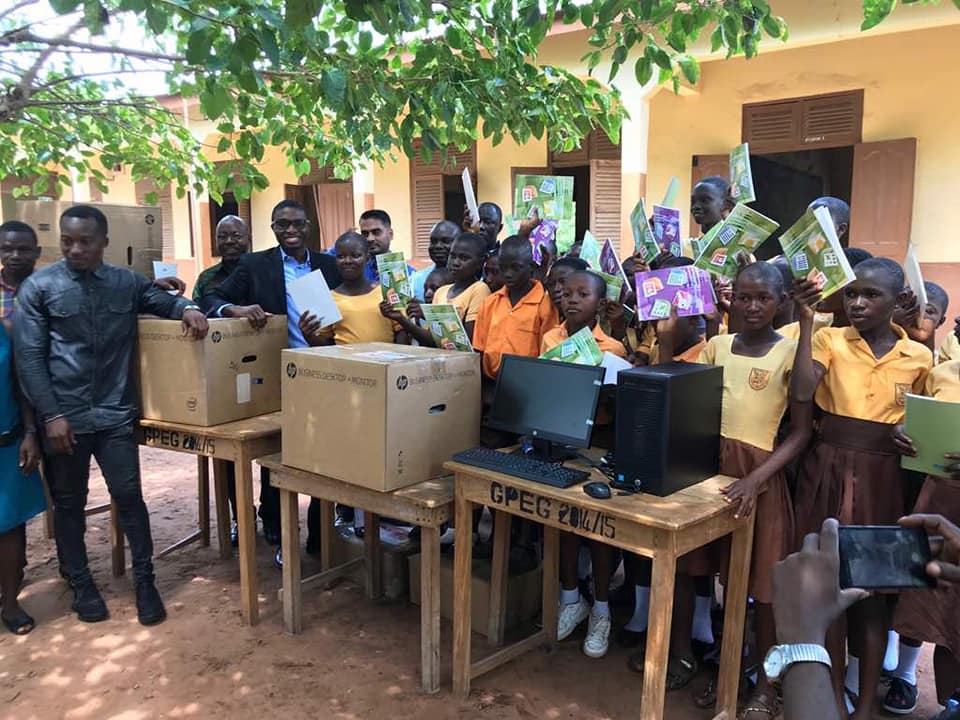 “We were so touched by the teacher’s dedication for his students that we decided to support the school with the best we can do,” said NIIT’s centre manager, Ashish Kumar. “We took a printout of the news, pasted on our notice board and shared it with our CEO, Kapil Gupta.”
Akoto offered his thanks in a Facebook post earlier in the week. “God bless you all,” he said.
If this impressive teaching method is reminding you just a tad of one particular movie scene, you’re not alone:
In any case, that wasn’t all – Microsoft also flew Akoto to Singapore (his first time leaving Ghana) for its annual Education Exchange (E2) conference, where he received a standing ovation from the 400 teachers present thanks to his excellence in teaching.
He also received praise from Anthony Salcito, Vice President of Worldwide Education at Microsoft, who heaped praise upon him and hailed him as a prime example of those teachers who overcome significant obstacles for the benefit of their students. 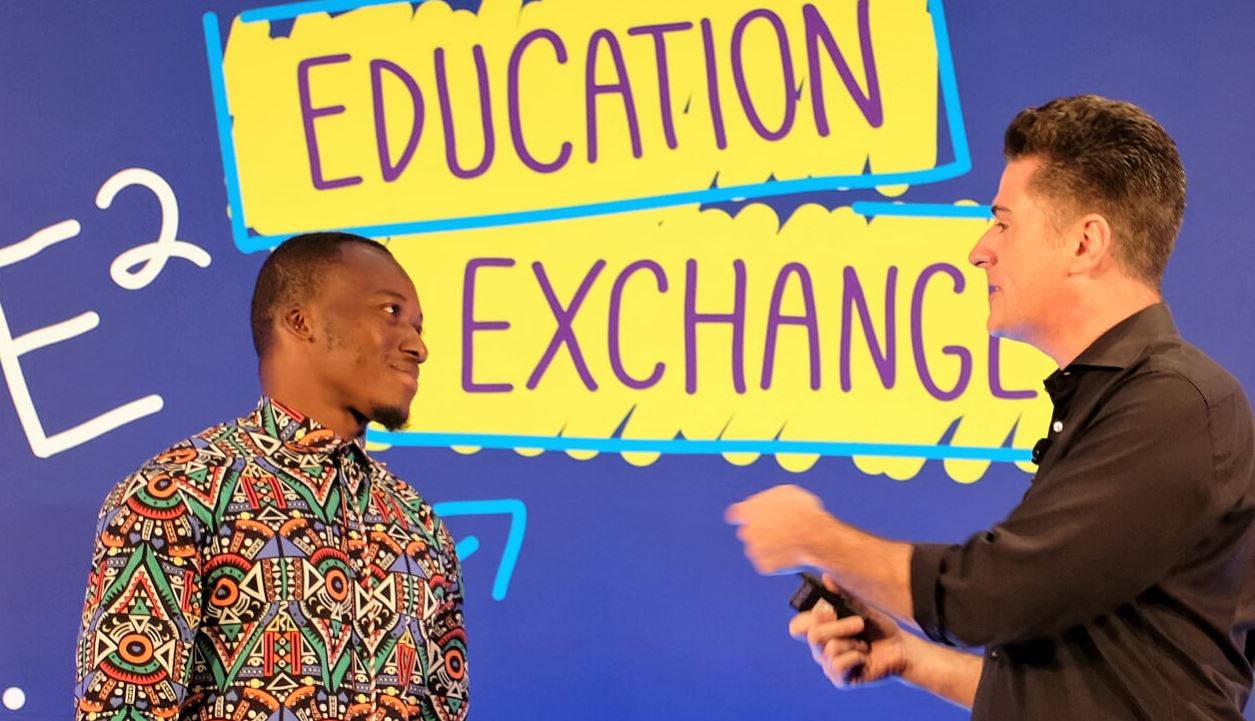 “Your work has really inspired the world. It really shows the amazing innovation and commitment and passion that teachers have for helping their students get ready for the future,” said Salcito.
“At Microsoft, we believe that educators are heroes and are pushing the boundaries of what is possible to transform learning and making a direct impact on the experiences and lifelong skills of their students.”
ATTENTION! ATTENTION!! ATTENTION!!! ADVERTISE ON TOKTOK9JA AND REACH OUT TO YOUR DESIRED AUDIENCE: HERE