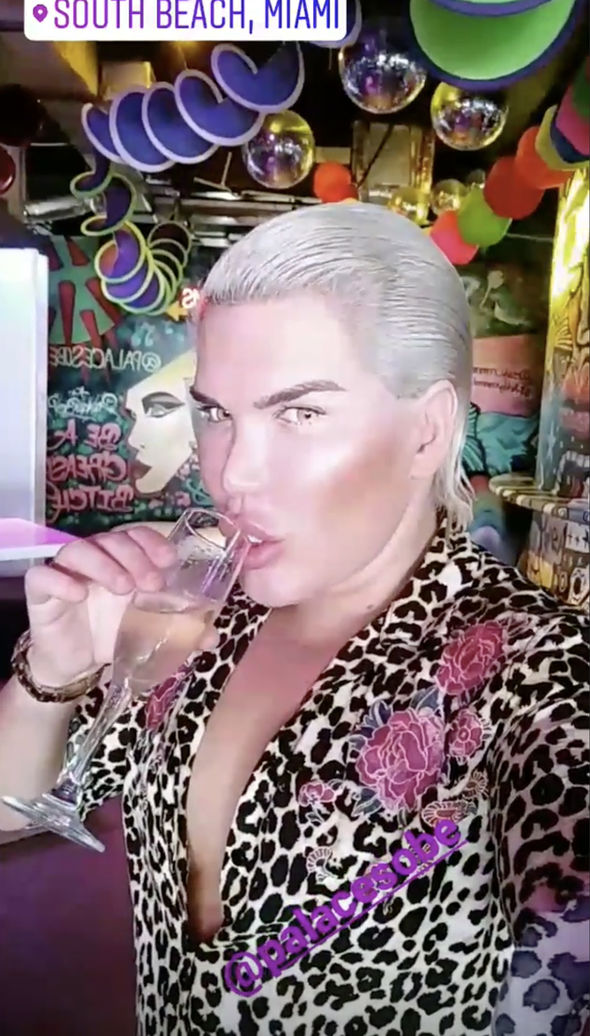 HUMAN KEN DOLL, Rodrigo Alves, has revealed his fears for his health and admitted his liver could be failing after drinking excessively.
Rodrigo, who has spent more than £500,000 on plastic surgery, said he’s worried he’s caused damage to his body from drinking too much alcohol.
The 34-year-old said his lifestyle has resulted in him having wild nights all over the world.
He said: “People think I’m a perfect boy, living a quiet life, but I am always out partying.”
“It can be very lonely travelling around the globe and staying in hotel rooms. So I like to go out and meet new people, but it’s meant I’m drinking excessively.
“I work hard and try to live my life to the max. But I spend a lot of time hungover and sometimes I wish I had a quiet night.”
Rodrigo’s partying ways also seems to be having an impact on his appearance.
He told Daily Mail: “As much as my friends tell me I look good, I am bloated and 80% of my outfits don’t fit me anymore.
“Just on this Miami trip, after partying to excess, I have caused three pairs of trousers to rip. My skin is bad and I feel fat and not like myself.”
Rodrigo also said he’s going to Prague for a revamp but the surgery will be “non-invasive”.
He said: “I won’t be having any more plastic surgery unless it’s essential maintenance work.”
Rodrigo Alves admitted his partying ways have affected his health.
Rodrigo recently appeared on This Morning where he spoke to hosts Phillip Schofield and Holly Willoughby about his recent surgery.
The presenters were shocked to learn the reason why the Human Ken Doll had four ribs removed.
Holly questioned why Rodrigo felt the need to have such extreme surgery, to which he replied: “To express myself through fashion. My blazers have to be altered.
“I had to always have a bigger blazer and get it altered. I had four ribs removed so that I can do up my blazers without having to breath in or have my blazers altered.
“I have a 20-inch waist now. It can be a dangerous procedure, absolutely,” Rodrigo explained. 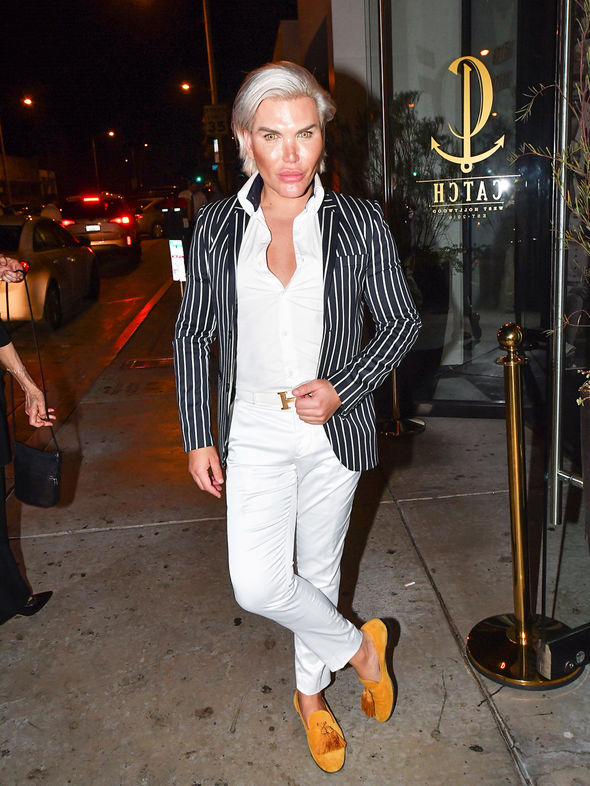 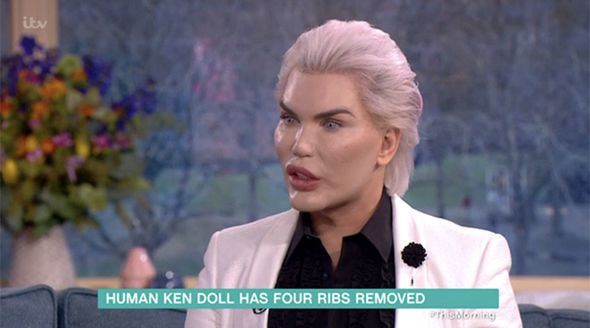 Rodrigo Alves spoke out about his plastic surgery on This Morning
He also spoke about the recent horror of not being able to breathe following numerous nose jobs.
Discussing his long love with plastic surgery, he said: “It’s been a long journey and plastic surgery really works, but I would tell people to do their research.
“I made my mistakes very young when I first started it.”
Rodrigo has had around 150 body-changing operations and procedures over the years including liposuction, six-pack implants and botox fillers.
One unusual operation saw the Brazilian native change the colour of his eyes from brown to icy grey.
ATTENTION! ATTENTION!! ATTENTION!!! ADVERTISE ON TOKTOK9JA AND REACH OUT TO YOUR DESIRED AUDIENCE: HERE