Elder statesman and pre-Independence politician, Alhaji Tanko Yakasai, has expressed regret that had the dream envisioned for the country by the founding fathers not been aborted, Nigeria would have by now attained the status of a true giant of Africa.

In a message on Tuesday to mark the 94th birthday of his friend and fellow member of the Zikist Movement, Chief Dara Mbazulike Ameachi, Yakasai blamed the woes of the country on the sudden intervention of the military in the politics of Nigeria.

“Things have been deteriorating with each passing day,” the 92-year-old statesman said. “From the time when the military decided to truncate our journey to true democracy in 1966, to this very moment, our country has since been practically under military rule, either in uniform or in mufti.”

He lamented that “in the country today, treasury looters are openly decorated with public offices, our judiciary is thoroughly intimidated, resulting in some judges becoming eager to do the bidding of those in power.”

He added: “Unlike in the olden days, love for your country is no longer the criteria for national respect. People in power are at the forefront of disrespecting judicial pronouncements.”

He admitted that “our younger generations are not encouraged to imbibe the spirit of patriotism and sacrifice, rather they are made to believe that greatness lies in how quickly they can get rich by whatever means.

“Unlike many other countries at the same level as our nation at the time of our independence, Nigeria is now left far behind in almost every aspect of human development,” he said.

According to him, “Patriotism, which inspires people to make sacrifices in the interest of their country has been undermined. The political party system, which is meant to be the training ground for leadership cadres, as well as articulating policy for national development and progress, is turned into a mere debating society for individuals who aspire for leadership position out of selfishness and aggrandisement.”

Recalling a golden past, Yakasai held that during his day as a member of the Zikist Movement, there was a dream of an “Independent Nigeria free from foreign domination, an egalitarian nation in which all citizens will enjoy freedom and fundamental human rights.”

He recalled that the Zikist Movement, headed by Habib Raji Abdallah, an Abira man from Northern Nigeria, with other members including Mokugo Okoye, DC Ugwu, Yahaya Adda, Chief Abagu Magaji Dambatta, Olu Fayemi, Kolawole Balogun, Ahaji Ishaq Adewale, including Umaru Altine, a Sokoto man resident in Eastern Nigeria, who was the first to be twice elected as the Mayor of Enugu, there was the dream of “a nation where all shall be equal before the law and a Nigeria of abundant opportunities, where every citizen will have an opportunity to pursue his ambition to the highest of his abilities.”

As far as the elder statesman was concerned, “the task ahead is to take this country back to the original trajectory so as to enable us to re-connect with the vision of our founding fathers and continue our journey to greatness.” 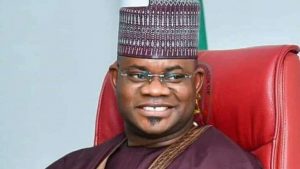