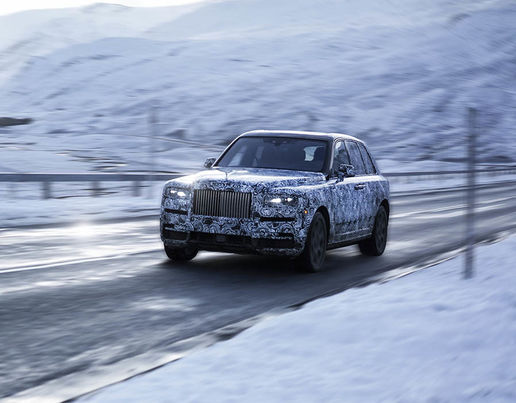 THE all-new Rolls Royce Cullinan has been teased with a new image revealing and element of its design ahead of its official launch later this week. 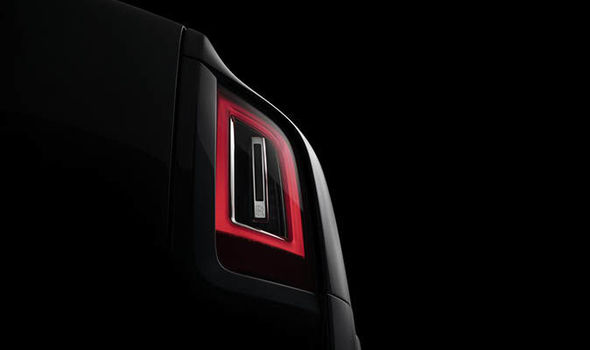 The new Rolls Royce Cullinan has been teased ahead of its launch this week
In just two days time the new Rolls Royce Cullinan  will be unveiled.
The Cullinan is the first SUV the company has ever released and it will enjoy its world debut on May 10th from 7:00 am EDT (12:00am BST).
Ahead of the Thursday reveal, the luxury car maker has teased an element of the car’s design – one of its rear lights.
It is the first time the SUV, well a part of it, has been seen without wearing heavy camouflage.
Previously, the manufacturer has shared images of the car being put through its paces on challenging terrains ranging from the desert to snow tracks.
While it will probably never be used for rough off-roading, it appears to be capable of it.
Rolls Royce has been very secretive about the car’s specifics, just sharing a few elements such as the ‘Viewing Platform’ – two leather seats and a cocktail table that folds out from the boot.
It appears to share some of the same design language as the new Phantom, with the headlight signature and grille appearing to carry over. 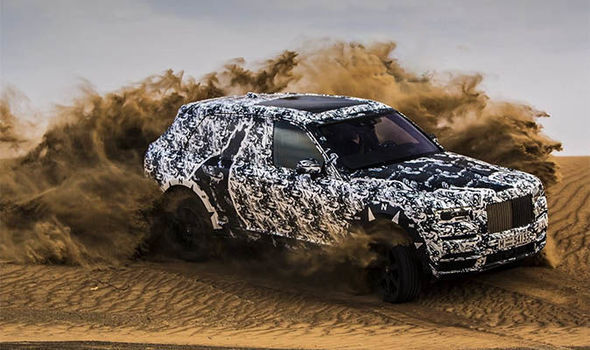 The luxury SUV has been put through its paces ahead of the launch
The Cullinan is unlikely to be the prettiest SUV on the market but it is surely to be unrivalled in terms of interior quality.
It will be ride on the same aluminium ‘Architecture of Luxury’ spaceframe as the Phantom too, which will also eventually underpin all future RR cars.
Performance specs have yet to be confirmed yet but it is expected to use the same 563 hp  6.75-litre V12 engine as the Phantom, ]
Prices are still unconfirmed the for the new car.
Do you have a hot story or scandal you would like us to publish, please reach us through toktok9ja@gmail.com or WhatsApp: +2348033498347