Skip to content
Share
The photos of a young man captured oncamera riding a bicycle which was visibly taller than most cars in the commercial city of Lagos, have emerged online.
A social media user identified simply as Lastbaff, has taken to a popular online platform to post photos of a man who was captured on camera riding a customized bicycle that is taller than most cars in the city of Lagos.
“I took these shots in my neighborhood. The guy has been riding this bicycle for years. He deserves some…. cheesy,” the poster captioned the photos online. 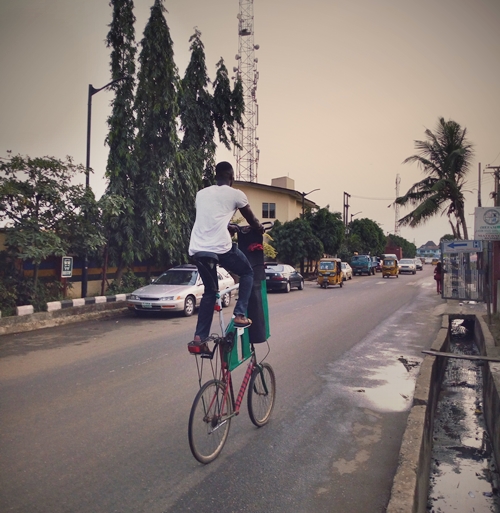 The identity of the rider or the area in Lagos state were the pictures were taken, were not ascertained at the time of report.
ATTENTION! ATTENTION!! ATTENTION!!! ADVERTISE ON TOKTOK9JA AND REACH OUT TO YOUR DESIRED AUDIENCE: HERE