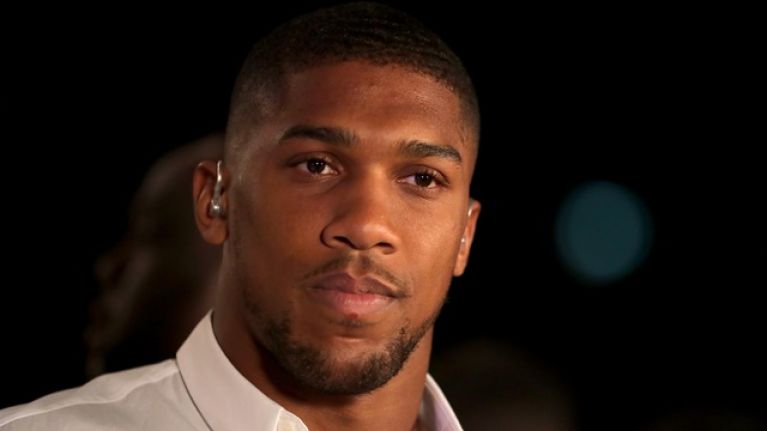 Anthony Joshua is very familiar with the limelight and didn’t feel the need to be centre stage on Saturday night.
Joshua was ringside for Tony Bellew’s dominant victory over David Haye last weekend and he made no secret of who he was rooting for.
‘AJ’ was cheering on Bellew, his Matchroom stablemate, and once the Liverpool fighter put Haye away in the fifth round, he invited Joshua to join in with the celebrations.
Bellew motioned for the WBA, WBO, IBF and IBO heavyweight champion to hop into the ring but Joshua had an admirable reason for turning the invitation down.
Towards the end of the below video fromiFL TV, you can see Joshua responding by saying: “Nah, it’s your time!”
Joshua didn’t want to take away from Bellew’s moment by joining him in the ring and it speaks to his character as a sportsman and friend.
While Bellew has made an impact at heavyweight, beating a former world champion on two occasions over the past 14 months, he maintains that he’d never entertain the idea of a match-up with Joshua.
“It’s never happening so there’s no point in even talking about it,” Bellew said.
“He texted me about nine weeks ago and offered to help me prepare for Haye. I was like: ‘Boy, you’re crazy!’

“Just help me? I don’t need that in my life. Six foot five, full of muscle, with energy and speed. I do not need that problem.”
Joshua echoed Bellew’s opinion and admitted that he wouldn’t be able to motivate himself to hurt a friend like ‘Bomber’ or Dereck Chisora.
“Do you know what it is? It’s like with Chisora as well, there’s love there,” Joshua said.
“There’s a lot of respect there. I wouldn’t even be able to spar him.
Do you have a hot story or scandal you would like us to publish, please reach us through toktok9ja@gmail.com or WhatsApp: +2348033498347