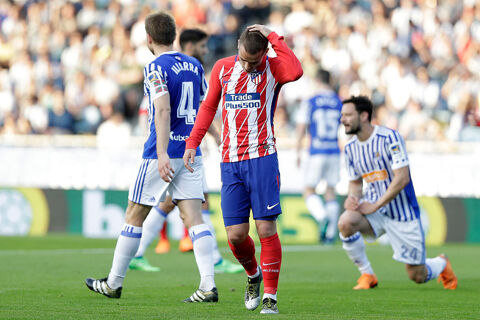 Lets  bring you all important news in the past 24 hours. Make sure you do not miss out. 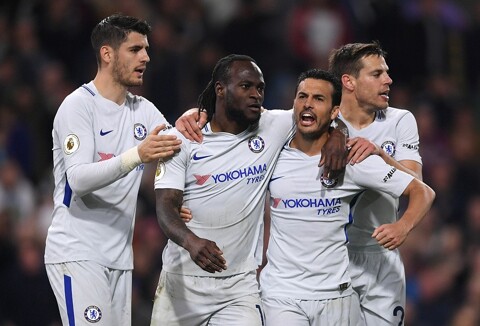 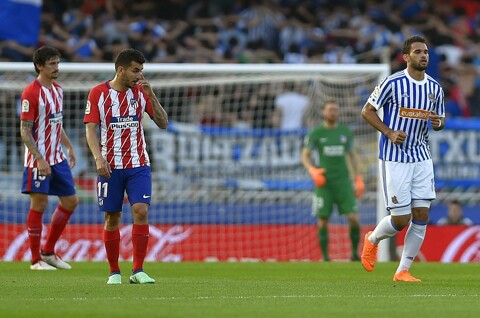 Atletico Madrid effectively handed the LaLiga title to Barcelona as a 3-0 loss at Real Sociedad on Thursday left them at risk of slipping out of second.
TRANSFER RUMOURS
Hazard’s Chelsea future is dependent on whether Real outcast Bale stays in Spain (Mail) 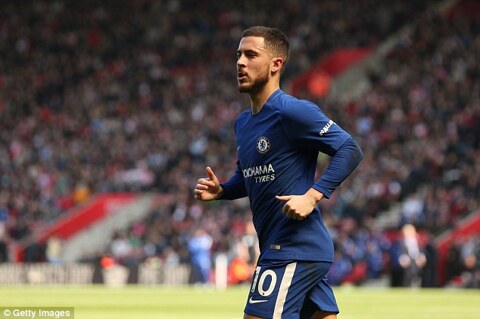 Real Madrid’s pursuit of Eden Hazard this summer could depend on whether or not Gareth Bale leaves the club at the end of the season.
Robert Lewandowski’s bad news for his Bayern Munich team-mates 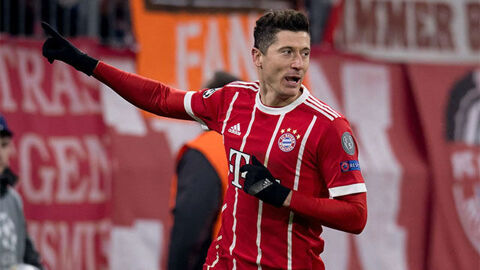 Robert Lewandowski has told his Bayern Munich team-mates that he wants to leave in the summer to sign for Real Madrid. According to Sport Bild, the Polish forward’s next objective is set in his mind, but one thing is what he wants and another is what happens.
Man Utd to demand £140m for Pogba if troubled midfielder leaves Old Trafford this summer 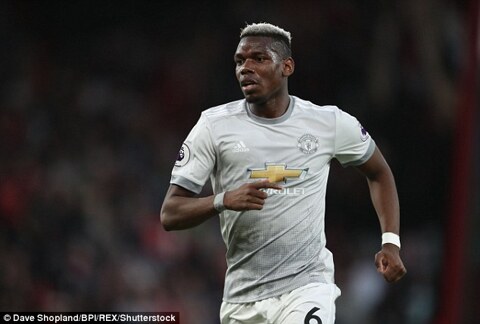 Manchester United will demand up to £140million for Paul Pogba if he leaves Old Trafford this summer.
Chinese Super League side Chongqing emerged as favourites to land Iniesta this summer 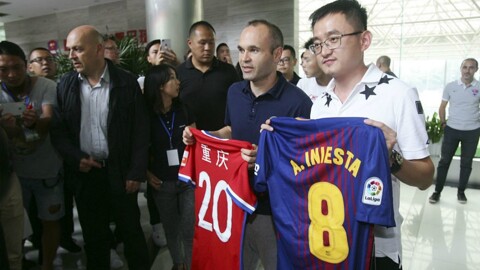 Barcelona are preparing to bid farewell to Andres Iniesta at the end of the season, and whilst no decision has yet been announced, all roads point to Chongqing for the veteran midfielder.
WHAT’S HAPPENING
Ivan Rakitic ready to play in the Copa del Rey final 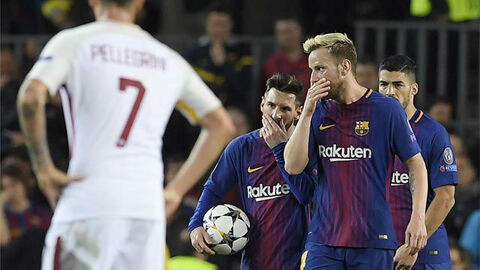 Ivan Rakitic, FC Barcelona midfielder, is at Ernesto Valverde’s disposition for the Copa del Rey final against Sevilla on Saturday.
Cristiano Ronaldo mocked by fans for ‘doing a Harry Kane’ 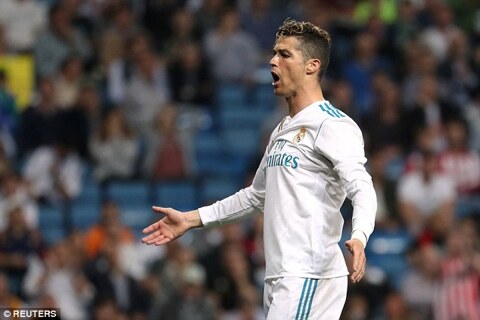 The Armenian midfielder is now with the Gunners, having previously spent time with the Red Devils, but he almost joined Liverpool back in 2013
WHAT THEY SAY
Salah: When I was 2nd to Kane in Golden Boot race, I chose to assist Firmino one time 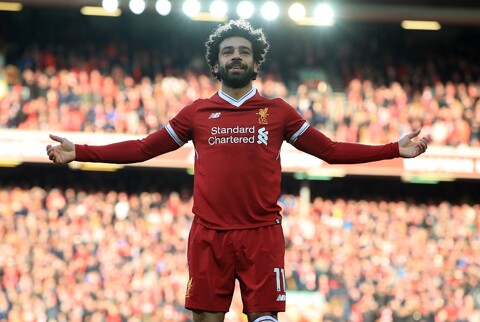 In an interview with Sky Sports, Liverpool forward Mohamed Salah reveals that on one occasion when he was behind Harry Kane in the Golden Boot race, he had a chance to score in  a match but opted to give an assist to Roberto Firmino instead.
‘I couldn’t handle him any more’ – Rafael lays into Van Gaal over bitter Man United exit 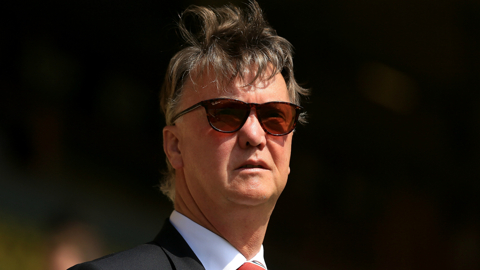 The full-back alluded to rumours that the manager doesn’t like Brazilians being true, adding that he could not wait to leave Old Trafford.
You can stop more shots with one arm than Casillas – Cesar reveals text Mourinho sent him 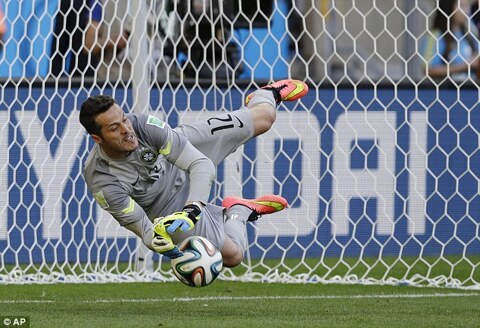 Julio Cesar has revealed Jose Mourinho texted him to say he’d ‘stop more shots with one arm’ than Iker Casillas, revealing further the feud between the former Real Madrid manager and goalkeeper.
Mourinho doesn’t need to show anyone he’s one of the best – Pochettino 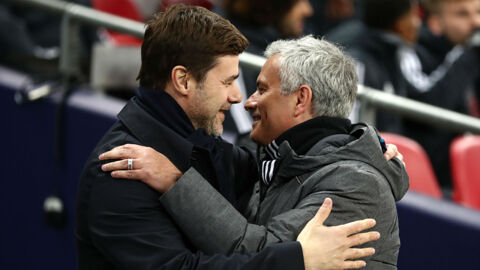 Ahead of Tottenham’s FA Cup clash with Manchester United, the Spurs boss has defended his Red Devils counterpart from criticism
When I fail, I get really angry – Morata apologises for tantrum

Antonio Conte’s decision to take off the forward at Burnley prompted a furious response from the Chelsea star, who regrets his outburst
IN-DEPTH ANALYSIS
Robertson, Firmino or Salah, Who is Liverpool’s Player of the Season? 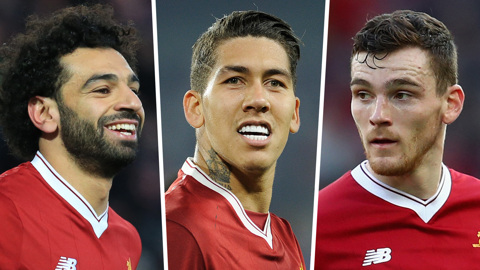 It’s been a record-breaking campaign at Anfield – but who has been the Reds’ star performer?
Lewandowski, Salah and the top 20 players with best minutes-per-goal ratio this season 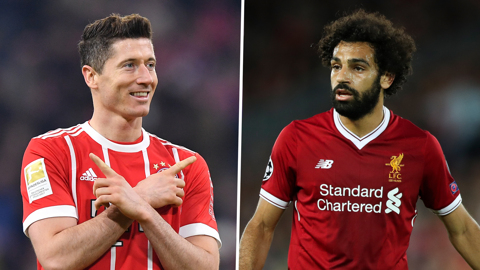 Goal breaks down the numbers to reveal the deadliest strikers in Europe going into the next round of fixtures.
The seven players who could be playing their last final with Barca 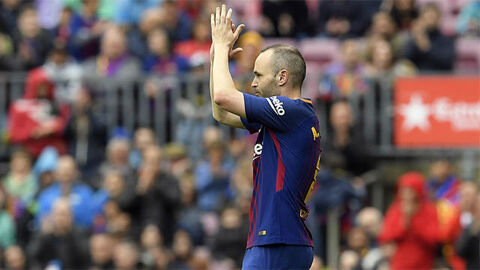 Barcelona returned to training on Thursday morning to prepare for the Copa del Rey final against Sevilla, where Barca could take a step towards winning the eighth domestic double in their history but could also be the last final for several Barca players.
ATTENTION! ATTENTION!! ATTENTION!!! ADVERTISE ON TOKTOK9JA AND REACH OUT TO YOUR DESIRED AUDIENCE: HERE