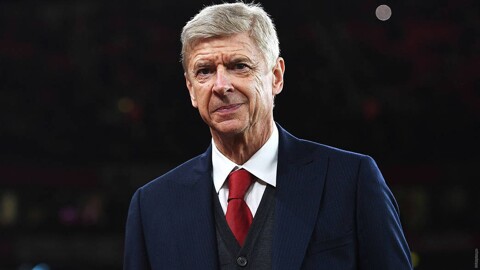 Arsene Wenger is to leave Arsenal at the end of the season, ending a near 22-year reign at the club.
The Frenchman departs a year before his latest contract was due to expire.
The Gunners are sixth in the league and set to miss out on a top-four spot for the second straight season, with their hopes of reaching the Champions League resting on winning the Europa League.
Wenger, 68, won three Premier League titles and seven FA Cups, including the Double in 1998 and 2002.
Wenger’s statement
After careful consideration and following discussions with the club, I feel it is the right time for me to step down at the end of the season.
I am grateful for having had the privilege to serve the club for so many memorable years.
I managed the club with full commitment and integrity.
I want to thank the staff, the players, the Directors and the fans who make this club so special.
I urge our fans to stand behind the team to finish on a high.
To all the Arsenal lovers take care of the values of the club.
My love and support for ever.

Arsenal majority shareholder Stan Kroenke described Friday’s announcement as “one of the most difficult days we have ever had in all our years in sport”.
He added: “One of the main reasons we got involved with Arsenal was because of what Arsene has brought to the club on and off the pitch.
“His longevity and consistency over such a sustained period at the highest level of the game will never be matched.”
Appointed on 1 October 1996, he is the Premier League’s current longest-serving manager and has taken charge of a record 823 games.
But some fans have turned on the Frenchman over the past two seasons as a result of their league performances.
Sunday’s 2-1 defeat at Newcastle was their 11th in the league this season, equalling their worst tally in a campaign under Wenger.
They are 33 points behind leaders Manchester City, who have 87 points, and the same number away from bottom side West Brom, who have 21.
Arsenal finished outside the top four last term for the first time since Wenger arrived at the club, and are now 14 points behind fourth-placed Tottenham, with five matches remaining.
They face Spanish side Atletico Madrid, who are second in La Liga, in the Europa League semi-finals, with the first leg on Thursday.
Wenger’s ups and downs
Wenger won three Premier League titles and four FA Cups in his first nine seasons in charge.
In 2003-04, he became the first manager since 1888-89 to lead a team through an English top-flight season unbeaten. 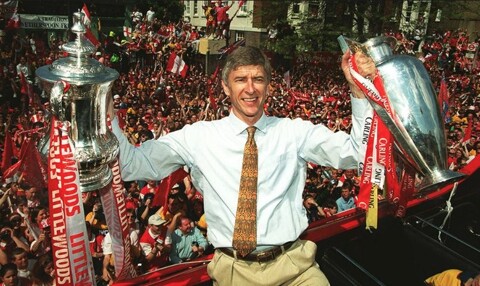 But after winning the 2005 FA Cup, they waited another nine years – or 3,283 days – for their next silverware. It came as they beat Hull City to win the 2014 FA Cup, before winning the trophy again the following season.
Wenger won his seventh FA Cup last season, beating Chelsea 2-1 at Wembley, but finished 18 points behind Antonio Conte’s Premier League champions.
His side have struggled in Europe since losing to Barcelona in 2006 Champions League final.
They were eliminated at the last-16 stage for the seventh successive season on their last appearance in the competition in 2017, losing 10-2 on aggregate to Bayern Munich.
In 2006, they moved into the £390m Emirates Stadium after leaving Highbury. 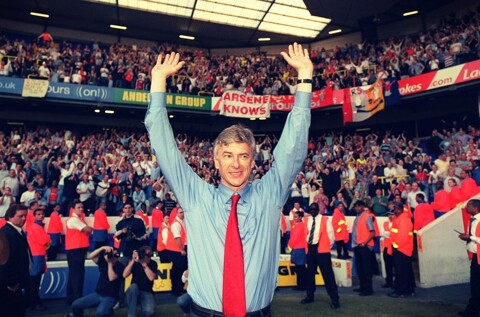 The Gunners have consistently spent less than their main Premier League rivals on new signings, but Wenger twice broke the club’s transfer record this season.
France striker Alexandre Lacazette joined in the summer for £46.5m, while his final signing was Gabon striker Pierre-Emerick Aubameyang for £56m in January.
ATTENTION! ATTENTION!! ATTENTION!!! ADVERTISE ON TOKTOK9JA AND REACH OUT TO YOUR DESIRED AUDIENCE: HERE