Vincent Kompany has warned Liverpool to prepare for an onslaught and insisted Manchester City will score five times if that’s what they need to progress. 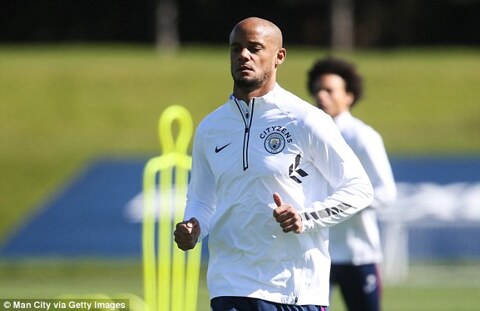 For all that Liverpool were hugely impressive in building up a 3-0 first leg lead, there is no sense whatsoever about them feeling that the job is done and Jurgen Klopp knows they will most likely need a goal at the Etihad Stadium to reach the semi-finals.
Should Liverpool add to their tally in the second leg next Tuesday, City will need to find five goals in 90 minutes to reach the Champions League semi-final. They should have Mohamed Salah to boost their chances, as the groin injury that forced him off after 53 minutes is not deemed serious.
Kompany, however, was dismissive of what Liverpool had actually achieved at Anfield and claimed ‘in a very short period of time, we threw a lot away’; the Belgian did not speak like a man who felt all was lost and believes the second half on Merseyside can set the tone for the rest of the tie.
‘There’s not one single person at Manchester City who believes this game is over,’ said the club captain. ‘Not one person.
‘We have to live with the consequences of this result but that’s what makes football special. If we need to score five, so be it. We pride ourselves on being the team we are.’
He did call for City’s fans – who again booed the Champions League anthem at Anfield – to rise up for the occasion, saying: ‘We’ve got to do it the hard way. They have a massive role to play. 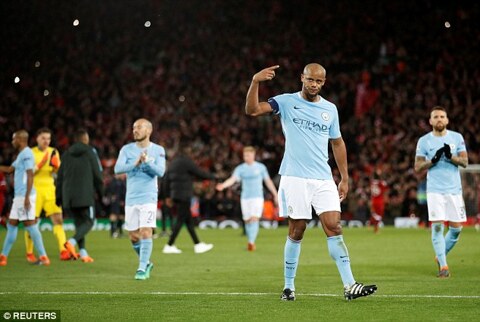 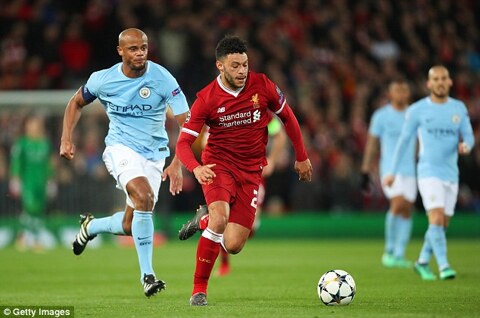 ‘Fair play to Liverpool; their fans, the club, the way they lived up to the event. It’s our time to do it now..’
If Kompany was bullish, Alex Oxlade-Chamberlain was more circumspect. He enjoyed his best performance since joining Liverpool from Arsenal last summer but stressed there was more to come from him and his team-mates.
‘The manager has been pushing me all season and shouting at me for not taking the game by the scruff of the neck at times,’ said the England midfielder. ‘He wants me to provide those kinds of moments, being the one shooting and making the difference. Slowly it is starting to pay off.
‘I don’t think we will go into it with any complacency, we would be stupid if we did that. If we can get something on the break that will be key but, ultimately, we need to play football and use our qualities. We’re not going there accepting they are going to dominate the whole game.’
ATTENTION! ATTENTION!! ATTENTION!!! ADVERTISE ON TOKTOK9JA AND REACH OUT TO YOUR DESIRED AUDIENCE: HERE