Though Bitcoin is by far the most popular cryptocurrency in the modern marketplace, it is definitely not alone. Last year in 2017, over 1000 new similar currencies were created, and the overall crypto-sector is now littered with – at last count – well over 2500 coins. Many of these coins are, to put it delicately, garbage that should be avoided at all costs. Others are great investments that back keystone technologies of the future. Then there are a few that have potential to one day surpass Bitcoin itself. With so many coins in the market, it can be overwhelming navigating this minefield of options, and for many people just entering the marketplace, the job of figuring out which ones of these coins fit into what category can be daunting. That being said, BTC Casinos prove that the rewards of choosing the right coin can see huge capital gains for adopters like Bitcoin itself. Consider that, at one point, a single Bitcoin was trading online at less than a penny. Today, a single Bitcoin is worth more than most people make in a year, and the rewards can seem well worth the gamble. Though many are looking to angel-invest in the next Bitcoin and find their fortune, investors should be weary and learn to identify what makes these coins different and what key statistics to factor in when choosing which coin is right for you.

Here is a look at why all cryptocurrencies are not the same and how they differ in class, functionality and, ultimately, value. 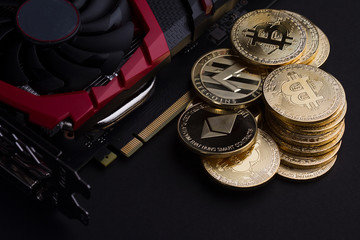 To begin with, it is important to understand the difference between a coin and a token. A coin is a decentralized currency that is mined and created through that process. It is more similar to a conventional commodity than a security or currency, and its value is in the fact that no single entity has dominion over it. A token, on the other hand, is usually issued publicly through an ICO (Initial Coin Offering) and is not mined but rather created out of thin air by a company or entity that is looking to raise capital to develop a specific technology or business. In this manner, a token is much more similar to a stock or security, as it is not decentralized and is issued, rather than mined. The vast majority of new coins in the marketplace fall into this second type of coin, and in most cases, are just a way for a business to raise funding publicly without having to adhere to the strict securities laws that protect the investor. Most tokens are therefore much riskier, and you should only buy into a token after doing extensive research on the company, idea or technology that coin is supposedly going to back. A great example of a token is Ripple (XRP), currently one of the top coins available. Ripple is not decentralized and was issued similar to stock. Its value is based on the promise of wide financial industry adoption and one day potentially being the bridge between the conventional financial market and the new financial marketplace revolving around crypto. 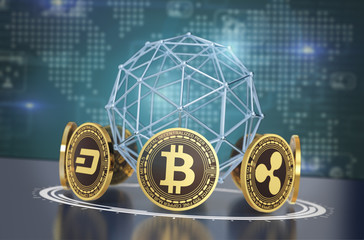 Another major difference between cryptocurrencies has to do with a coin’s maximum supply and their mining network. The more coins any single digital currency has, the less each coin will likely be worth. One of the most important features of Bitcoin, for example, is the fact that it is limited to a maximum supply of 21 million units. Other currencies are also limited but, in most cases, have a much higher maximum supply. For example, Litecoin has a maximum supply of 84 million, and Digibyte has a maximum supply of 100 billion total units. The maximum supply will determine how scarce a coin is and will thus work on a supply and demand principle. The more in demand a coin is and the less total available supply will generally see coin price per unit rise. Another key difference is the mining network that mines and verifies the transactions of the specific coin. Generally speaking, the more adopted and mined a coin is, the higher the value. This is due to the blockchain being well dispersed and not being susceptible to a 51% attack or network-wide blackout. The more diversified a coin’s mining network is, the healthier and usually more valuable a coin is. Bitcoin, for example, is the most widely mined and adopted coin and thus has a value to reflect this. 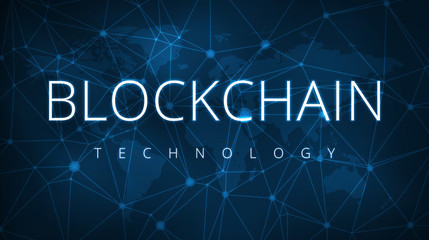 Another major difference in coins is the blockchain technology or algorithm that it is based on. Bitcoin is based on a SHA-256 algorithm that pioneered the sector. However, developers soon realized Bitcoin had a few drawbacks. For one, the time it takes for a new block to be created is 10 minutes and that means it takes around that same amount of time to verify a transaction, which is quite a long time to wait. Secondly, Bitcoin is limited to only 21 million units, and for some, that supply is too small considering its adoption. This has led to a single coin being extremely valuable but the network being cumbersome to use. Litecoin, however, was a crypto made to address these Bitcoin drawbacks and its blockchain uses a Scrypt algorithm that verifies blocks much faster and has 4 times as many coins. Other algorithms also look to address other Bitcoin shortcomings like, for instance, Monero. Monero uses the Cryptonight algorithm for its blockchain that is even faster than Litecoin and anonymous due to the way it routes a transaction. It also is resistant to ASIC & GPU mining. This algorithm was created to fix the issue of single mining entities having too much power due to them using powerful computers and graphics processors. This way, a miner with a less powerful computer can still mine and thus, there are more miners mine creating a much wider pool and more secure network for the coin.

These are the main differences between the coins in the marketplace and as you can see, they are not all the same. Tokens issued at ICOs are not cryptocurrencies. They are more like stocks and should not be treated as wealth holders, but rather investments into specific ideas. Of the actual cryptocurrencies that are wealth holders, the main differences are in their security features, mining networks and algorithms. Taking all this into consideration when choosing a coin is key to knowing which ones have potential and which ones are garbage. Remember, all coins are not equal, just like all fiat currencies are not equal. You wouldn’t want to trade a US dollar for a single Peso, and you wouldn’t want to trade gold for the same weigh in silver. Make sure you do your homework before investing, as many of the new coins emerging are not coins at all and will cause more heartbreak than healthy, happy growth.