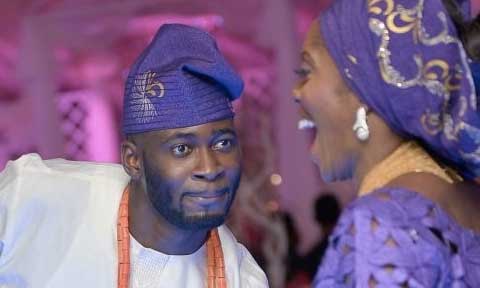 With the recent divorce rumors flying around concerning the marriage of Nigerian musical queen Tiwa Savage and her manager cum husband TBills, it seems it all but true.
The popular singer and husband were married together on 23 November 2013 but just after some years together, issues arise and they have pretended to live together after this incident since 2016 when Tiwa Savage made a shocking revelation about her marriage on a live TV show.
Efforts to reconcile this two together have proved abortive and recently it was reported that they have filed for divorce in a court.
The career and live coach of TBillz, Mr. Lanre Olusola has issued to Cable NG that TBillz is the one pushing for the divorce.
Mr. Lanre Olusola said that the main reason his client TBillz wants a divorce is because Tiwa Savage is full of herself, she does not have time for the husband she is only focusing on her career.
TBillz is set to start up a new life with his United States of America girlfriend as he relocated to the U.S so they can see each other more often.
When Tiwa and her TBillz had the rift, Tiwa Savage had issued that he cannot divorce her because she is the one taking care of him and paying his bills.
But with the look of things he has gotten the audacity as it has been reported by social media users that TBillz has gotten himself a big fish, she is loaded to the teeth, a single mother of two who is based in Atlanta in US.
ATTENTION! ATTENTION!! ATTENTION!!! ADVERTISE ON TOKTOK9JA AND REACH OUT TO YOUR DESIRED AUDIENCE: HERE