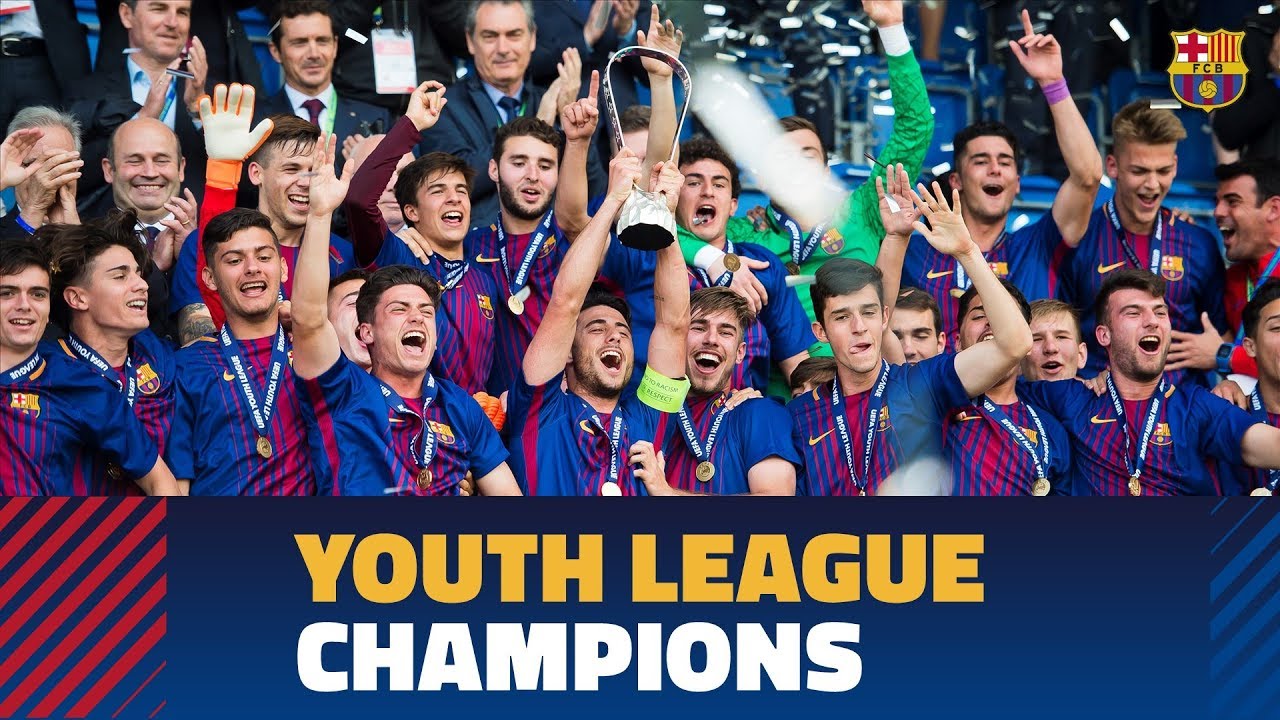 Barcelona thrashed Chelsea 3-0 in Nyon to win the UEFA Youth League on Monday.
Alejandro Marques scored twice, heading in the opener in the first half before sweeping home his second after the break.
Abel Ruiz’s deflected strike in stoppage time wrapped up the win.
Chelsea, who won the tournament in 2014 and 2016, twice hit the woodwork through Callum Hudson-Odoi and Charlie Brown.
Barcelona join Chelsea as two-time winners of the competition, which is now five seasons old. Red Bull Salzburg are the other team to have won it.
ATTENTION! ATTENTION!! ATTENTION!!! ADVERTISE ON TOKTOK9JA AND REACH OUT TO YOUR DESIRED AUDIENCE: HERE