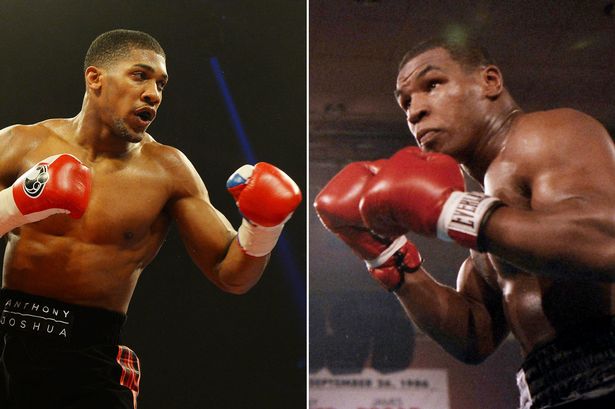 Former world heavyweight boxing champion Mike Tyson has declared that Anthony Joshua has not impressed him.
Mike Tyson who gave a press conference in Dubai in which he announced the opening of an academy named after him in the UAE, revealed that he has fresh doubts about the pedigree of Anthony Joshua after the British-born Nigerian became the WBO, IBF and WBA (Super) champion, Metro reports. Joshua defeated Joseph Parker on points in his first 12-round fight as a pro on March 31,2018, but Mike Tyson is not moved.
The 28-year-old won virtually every round against Parker, but his display was criticised by the likes of Tyson Fury, who claimed the unification fight was abysmal. And Tyson seems to think Joshua’s performance fell flat and admitted he was not so convinced by AJ’s credentials. “Joshua looked like he was the guy to (become undisputed champion) but in his last fight, he did not impress me,” Tyson told Showtime. “(Deontay) Wilder is improving, he’s getting better.” Joshua is now on the hunt to secure the final major world title, with WBC champion Deontay Wilder the only other remaining belt holder.
ATTENTION! ATTENTION!! ATTENTION!!! ADVERTISE ON TOKTOK9JA AND REACH OUT TO YOUR DESIRED AUDIENCE: HERE