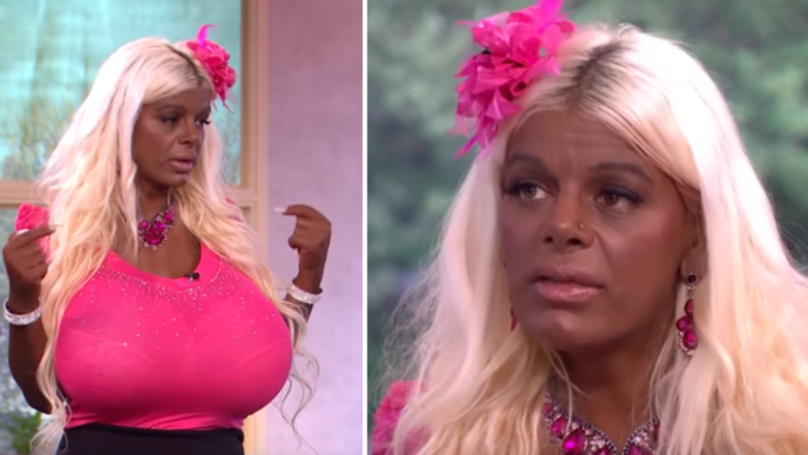 A white woman who caused controversy by claiming that she now identified as a black woman following her use of extreme tanning injections, is reportedly planning on getting more surgery…

Now, reports in the Daily Star suggest that while plenty of people are critical of her claims, the 30-year-old has ‘befriended’ members of the African community in Germany, who also approve of her ‘transition’.

Recalling her past surgeries, Martina told Barcroft TV: “My first body modification procedure started in Spring 2012. I had a rhinoplasty, I got smaller legs, hips and waist as I wanted to create an extreme version of Barbie.

“In the past it was blonde Barbie with white skin but now it is a extreme exotic Barbie.”

Martina also claims that the tanning injections – which are illegal here in the UK – have made her hair dark and curly, and her eyes brown.

Martina continued: “When I started I only wanted to have little bit of sun color, like, holiday color. The doctor did three injections in January last year in 2017, but not only my skin color changed, also my eye brow color changed, my eye colour changed, my big growing hair got darker and now you can see it’s going curly like the African girls.

“So really my whole body has changed.

“It’s really fascinating what’s happened, I think I am changing my race, yes.

“This is the reason why I go to Africa, to learn more about the culture, I’m not only changing my colour, but I feel like I’m black.

“I now describe myself as an African woman.”