Skip to content
Share
After progressing to the FA Cup final on Sunday, it was party time for some of Antonio Conte’s Chelsea stars. 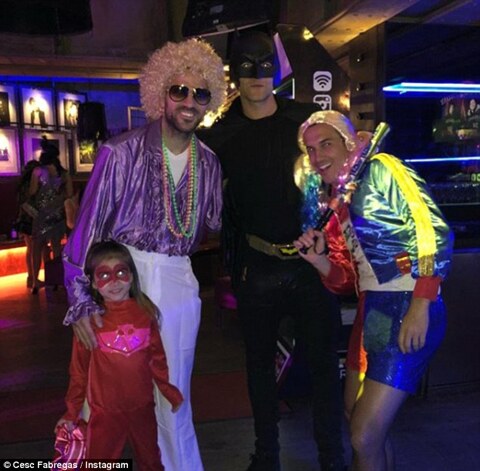 Cesc Fabregas took to Instagram on Monday night to post an amusing photo of him posing in fancy dress alongside Chelsea team-mates Pedro and Marcos Alonso.
Fabregas decided to dress up in old school disco clothing, while Pedro came as Harley Quinn and Alonso donned a Batsman costume.
The mood would no doubt have been jubilant as they reached the FA Cup final after beating Southampton 2-0 at Wembley thanks to goals from Olivier Giroud and Alvaro Morata on Sunday.
The Spanish trio’s team-mate, Gary Cahill, believes FA Cup victory in May would restore some pride to Chelsea’s season after an underwhelming defence of the Premier League title.
Cahill said: ‘The league has not gone as expected. We realise that history says to win it back to back and keep winning the league season after season is very difficult. 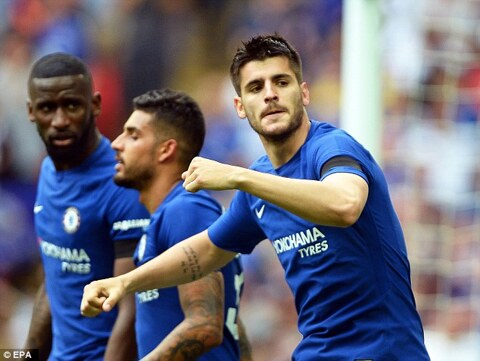 ‘We have not managed to do that this year so if we did manage to win the FA Cup it would somewhat rescue the season.
‘No point shying away from that. It’s a huge trophy. A trophy that people dream about winning. It is a big trophy, it’s a big deal.
‘We are in the final so another final to look forward to and this is what football is all about – trying to reach finals and trying to win trophies and we have an opportunity to do that.’ 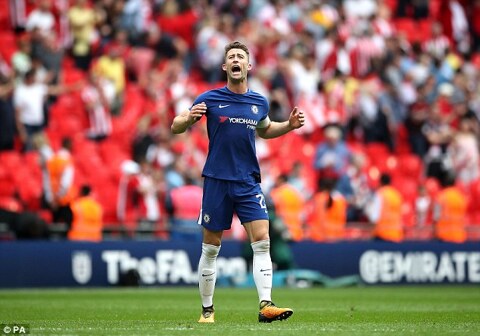