Skip to content
Share
The U.S President Donald Trump has strongly condemned the recent terrorist attack in Mubi, Adamawa State in the north-eastern part of Nigeria which has claimed several lives.
It was reported  that dozens of people werekilled on Tuesday in Adamawa State.
The killings occurred when two suicide bombers detonated their explosives at a mosque and a market in Mubi, northeast Nigeria, residents said.
A local volunteer Habu Saleh, who was speaking with the Agence France Presse, AFP, said: “We have evacuated dozens of dead and injured people to the hospital and the rescue operation is still ongoing.”
A medical source at the Mubi General Hospital said they had “so far received 37 dead bodies and dozens of injured from the two blast scenes”.
This has attracted a statement from President Donald Trump who has promised to assist Nigeria in combating the problem of Boko Haram insurgency as seen below:
Statements & Releases
Statement from the Press Secretary on the Terrorist Attacks In Nigeria as issued on May 3, 2018.
“The United States condemns in the strongest terms the craven terrorist attacks Tuesday against a mosque in Mubi, Nigeria. These attacks, which deliberately targeted people at a place of worship are a stark reminder of those who commit mass murder against innocents. As President Donald J. Trump reaffirmed with President Buhari of Nigeria on Monday, the United States stands firm with Nigeria in its fight against the scourge of terrorism.” 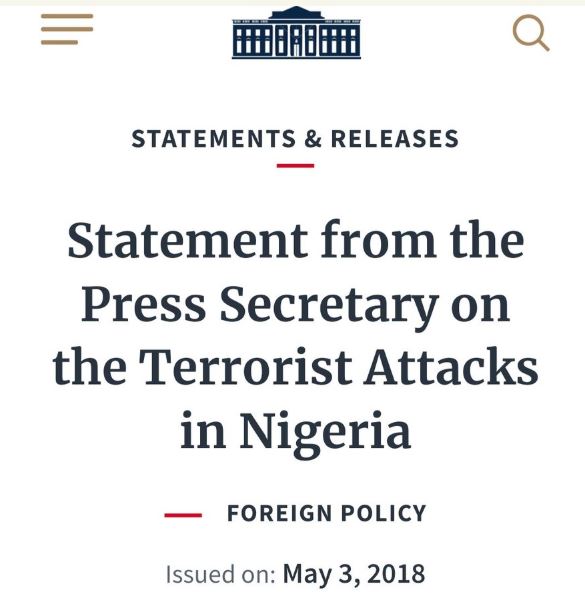 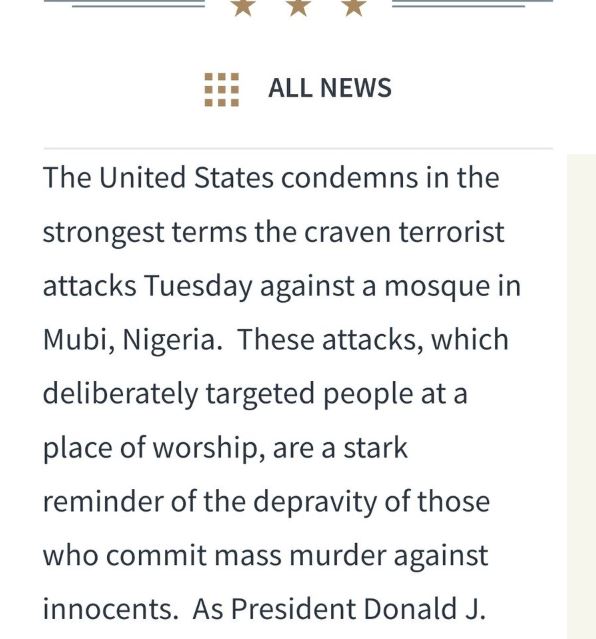 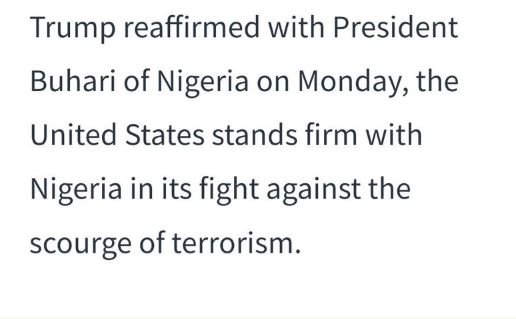