A Nigerian international student  has risen to become an anti-human trafficking activist in far away Cyprus. The lady a 25 year old Miss Ochuko Joy Agbeyegbe, a one-time local fish seller who is now a graduate of Girne, American University of Cyprus earned herself the reputation because of her activities and effort to assist girls that were illegally smuggled to Cyprus to be exploited as sex slaves.

Speaking to toktok9ja about her education, experience and how she weathered the challenges.  she said she came from a very humble background, where she sold fish to survive and that it was during her school years in Cyprus that she first came in contact with trafficked persons of Nigerian heritage.

” I first arrived Cyprus in 2011 to pursue a degree in International Law where I finished with a first class and was called to the Nigerian Bar in 2016. After practicing in Nigeria for one year, I traveled back to Cyprus to complete my masters in International Business Law which I had started before attending Law School.

There I saw first hand what it meant to be a victim of human trafficking. One of the girls i meet during my stay narrated how she was trafficked from Edo State in Nigeria to Cyprus nearly 3 years ago. She told me how she was subjected to all forms of physical, emotional and sexual abuse and had paid over 10 million naira to her madam. There were other victims but they weren’t willing to speak against their madam, perhaps because of the voodoo secrecy oath sworn by victims in Nigeria before they embark on their journey to Europe.”

” After several months of strategizing, I eventually decided to quit my job and started the process to liberate the victim. We reported the case to the police and the Traffickers were arrested immediately. Surprisingly, the Traffickers were released by the police within 2 days and we (the victim and I) started to run for our lives. The North Cyprus Police finally resolved that there was not enough evidence to prove the allegations and decided that the victim would be deported back to Nigeria.”

” At that point, I was completely broken because I was not only doing my job as a lawyer, but I had become so close to the victim and come to love her as a sister. This is a girl from a humble background who had paid over 10 million naira and now about to be deported back to the village, I knew I needed to do something.” ” After receiving several threats from the traffickers, we eventually ran to the office of the United Nations High Commission for Refugees Office in North Cyprus on 19th February, 2018, seeking help. The UNHCR lawyer then filed an Asylum Application on behalf of the victim to the Government of South Cyprus (a country under the European Union). We were also provided with accommodation in a 4 bedroom duplex, food, clothes and police protection.”

” Today, the victim has been granted her residence permit to live in the Republic of Cyprus. With monthly government assistance, she now pays her house rent and  has been awarded scholarship to study Law so she can assist other victims in the future.”

” I also recently assisted a victim of labour trafficking in Oman who was trafficked by a Nigerian agent to work as a housemaid but ended up being used as a slave in Oman. The victim finally reunited with her husband and daughter some weeks ago. Based on my personal experience as an anti-human trafficking activist and research on human trafficking which formed the basis of my masters thesis, I’ve been given recognition by several humanitarian and international bodies.” 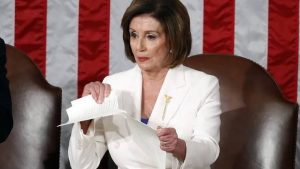 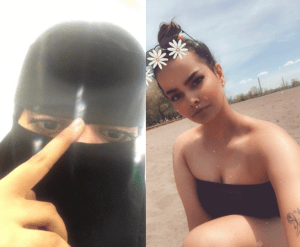 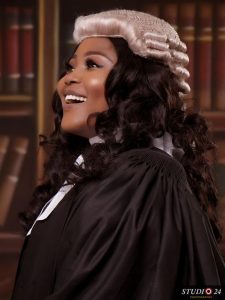