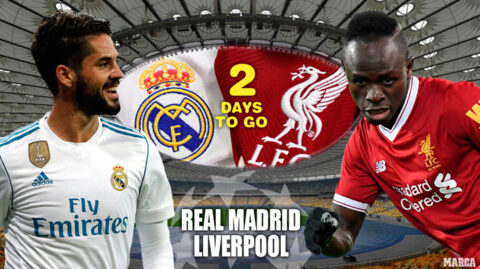 Liverpool stand in the way of another European trophy, a fifth straight Champions League trophy, for a Spanish club.

Real Madrid are are the favourites and if they do come out on top then they would face Atletico Madrid, the winners of the Europa League, in this year’s European Super Cup final.

It would be the first time since 1994 that two teams from the city win the main European competitions and in that year Milan won the Champions League and Inter lifted the UEFA Cup.

Since 2006, there have been 37 European finals between the Champions League, the Europa League and European Super Cup and Spain have won 24 along with being runners-up on nine occasions.

While Premier League clubs have become richer and richer thanks to television money, so far they have not been able to translate this into trophies.

Still, Liverpool pose a serious threat especially with Mohamed Salah and the record that they were the last team to beat Real Madrid in a European Cup final.