BREAKING: Six shot dead and 10 injured in California, US.

At least six people have been killed and 10 injured in a shooting in the centre of Sacramento, police in California’s state capital say.

People fled through the streets after rapid gunfire rang out in an area packed with restaurants and bars in the early hours of Sunday.

Police nearby responded to the gunfire and came across a “very large crowd”, police chief Katherine Lester said.

No suspect is yet in custody in the wake of the shootings.

“This is a really tragic situation,” Chief Lester said.

READ: TROUBLE For Russia As Joe Biden and other World Leaders Plans to Impose New Sanctions

The officer said investigators had arrived at the scene and urged the public to come forward with any information that might help identify those responsible.

The shooting took place at around 02:00 (09:00 GMT) in an area at 10th Street and K that leads to the Golden One Center, where the Sacramento Kings play basketball.

It is also only a few streets from the state Capitol building.

Community activist Berry Accius reached the scene at about 02:30 after a city council member called him about the shooting.

READ: Another Top General Russian – Andrei Mordvichev Killed in Ukraine Makes It the 5th As the War Deepens

“The first thing I saw was like victims,” he was quoted as saying by CBS News.

“I saw a young girl with a whole bunch of blood in her body, a girl taking off glass from her, a young girl screaming saying, ‘They killed my sister.’ A mother running up, ‘Where’s my son, has my son been shot?’”

Kay Harris, 32, said she was asleep when one of her family members called to say they thought her brother had been killed. She said she thought he was at London, a nightclub at 1009 10th Street, the Associated Press reports.

She said she has been to the club a few times and described it as a place for “the younger crowd”.

The incident is certain to inflame the ongoing debate about gun violence and the prevalence of lethal weapons in US society.

Mayor Darrell Steinberg tweeted that the numbers of dead and wounded were “difficult to comprehend”.

“Rising gun violence is the scourge of our city, state and nation, and I support all actions to reduce it,” he said.

Firearms are involved in approximately 40,000 deaths a year in the US, including suicides, according to the Gun Violence Archive website. 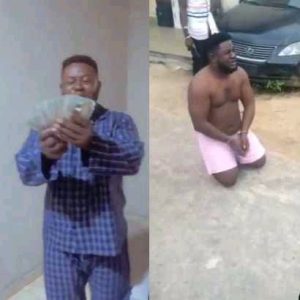 Another Evans – Meet Celebrity Kidnapper John Lyon, How He was Arrested and His Last Words 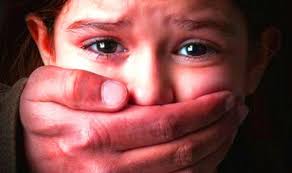