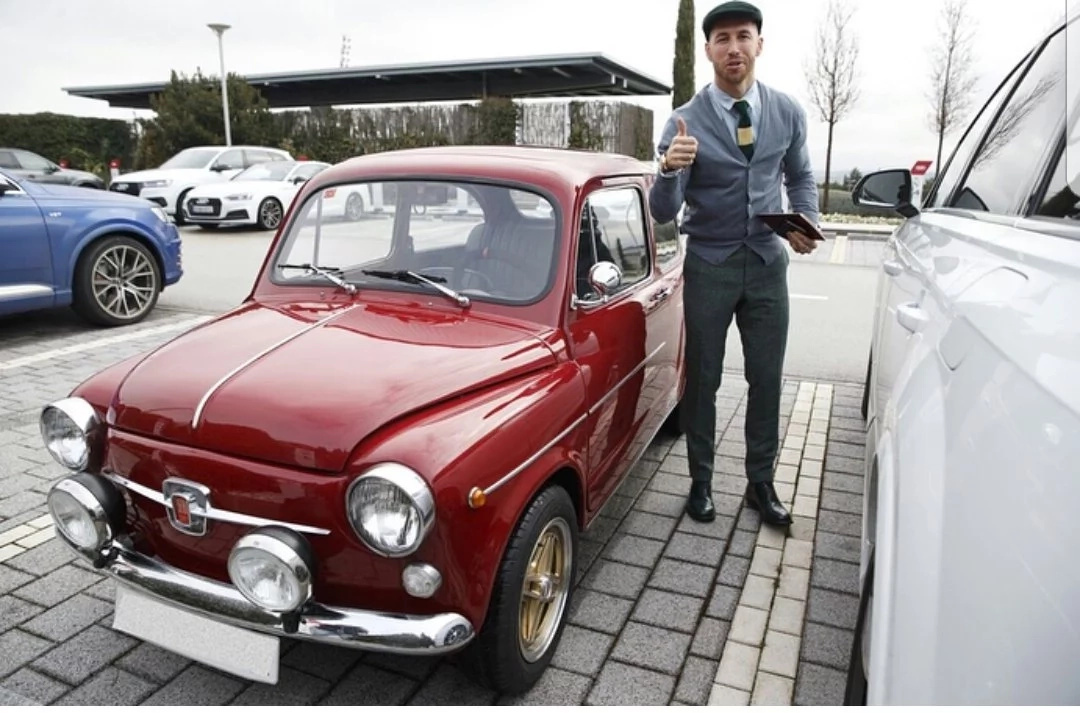 Real Madrid captain, Sergio Ramos, received a classic red car which looks like an old mini cooper as an early birthday present from his brother Rene Ramos.
The gift was also to commemorate a gallant display by by Madrid’s captain during their Champions league second leg victory against Paris Saint Germain.
Ramos whose birthday is on March 31, took to his Instagram handle to appreciate his love for the red machine.
Ramos whose birthday is on March 31, took to his Instagram handle to appreciate his love for the red machine. Photo: Sergio Ramos/Instagram
“Earthly birthday presents, Gracias, @reneramos.” the post seen by TUKO.co.ke read.
The Spanish international has won virtually every tournament in top flight football with club and country.
Ramos has won three Champions Leagues and four La Liga titles with Real since making a summer move from Sevilla to the Bernabeu in 2005.
The 31-year-old has also steered Madrid to victory the Copa del Rey and the FIFA Club World Cup on different occasions.
With the departure of Ike Casillas, Ramos has been captain of Los Blancos in the last three seasons.
He has been highly instrumental in Madrid’s two last Champions League campaigns that saw them emerge winners in the last two years succesively.
Under coach Zinedine Zidane, Ramos and company are aiming for a third Champions League title after making it through to the last eight at the expense of Paris Saint Germain.
Ramos was part of the squad that won the South Africa 2010 World Cup after winning the European Championships in 2008 and retained it in the 2012 edition.
The Sevilla born defender will lead his country to the Russia 2018 World Cup in the summer with an unbeaten streak since crashing in the last European Championships in France in 2016.
﻿ ATTENTION! ATTENTION!! ATTENTION!!! ADVERTISE ON TOKTOK9JA AND REACH OUT TO YOUR DESIRED AUDIENCE: HERE