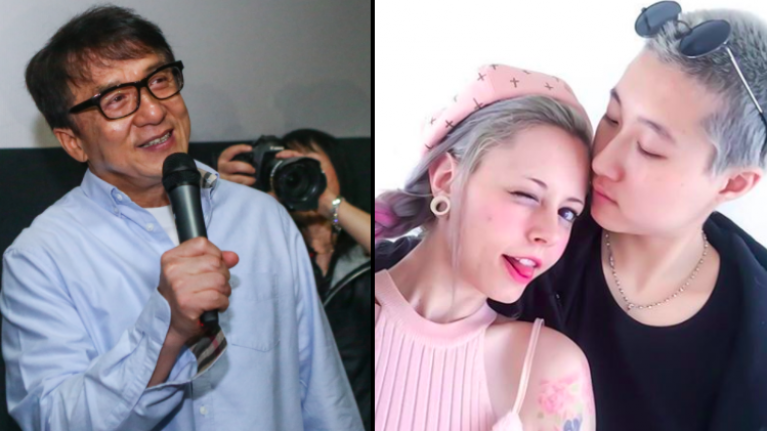 She claims her situation is due to her family’s homophobia.

Jackie Chan’s estranged daughter has claimed that her and her partner have been left homeless and sleeping under a bridge “due to homophobic parents.”

Etta Ng, 19, and her girlfriend Andi Autumn posted a video to YouTube last week in which they declared that they were homeless, with friends and family no longer willing to help them.

Etta’s mother is former beauty queen Elaine Ng, who the 64-year-old actor had an affair with while married to his current wife Joan Lin.

Etta came out as gay last October through a series of Instagram posts featuring Autumn, and the pair say they are not willing to find a homeless shelter as they could be split up.

“We’ve been homeless for a month due to homophobic parents. We pretty much slept under a bridge, and other things,” Etta said.

Autumn added: “We will have to be split up if we go to any kind of government facility.”

“We don’t know what to do at this point,” Ng continued. “We just want to let people know what’s going on because at this point it seems ridiculous that no one can help. I don’t understand.”

However, speaking to Coconuts to respond to the claims, Etta’s mother Elaine claimed her daughter needed to find a job.

“I feel that if they have no money, they should go find work,” she said. “They shouldn’t film a clip telling others they are broke and who Etta’s father is. People all over the world work hard and don’t rely on someone else’s fame to get money.”

Do you have a hot story or scandal you would like us to publish, please reach us through toktok9ja@gmail.com or WhatsApp: +2348033498347
ATTENTION! ATTENTION!! ATTENTION!!! ADVERTISE ON TOKTOK9JA AND REACH OUT TO YOUR DESIRED AUDIENCE: HERE