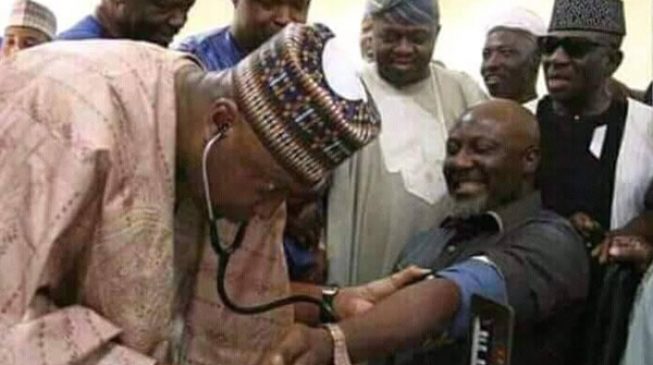 Senate President Bukola Saraki on Tuesday took over as the doctor treating Dino Melaye, senator representing Kogi west — though temporarily.
Saraki led other senators to the place where Melaye is in Lokoja, the state capital, and to the amusement of the Kogi lawmaker, his friend closely examined him with a stethoscope.
Faces in the room were lit with excitement while Melaye — who, by the way, has been “in trauma” the various times he has appeared in public, was grinning from ear to ear.
It is not yet clear what Saraki’s findings were but from the look on Melaye’s face, it’s all positive.