Skip to content
Share
Goal takes a look at the biggest transfer news and rumours from the Premier League, La Liga, Serie A and beyond 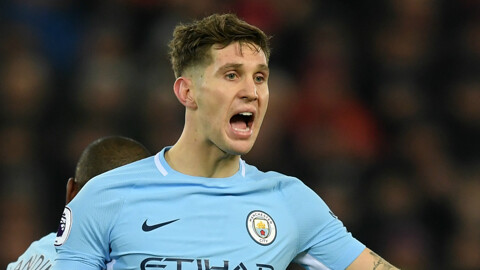 City allow Stones to leave
Manchester City will allow defender John Stones to leave the club this summer, according to The Sun.
The England international has not started a Premier League game since January having fallen down the pecking order under Pep Guardiola.
Both Arsenal and Liverpool have been touted as potential destinations, with City keen to recoup most of the £47.5 million they spent on the centre-back in 2016.
Valverde considering Barca future
Barcelona manager Ernesto Valverde is considering leaving Camp Nou this summer, according to AS.
Despite guiding the Blaugrana to the Copa del Rey and managing them to the verge of an unbeaten Liga season, the former Athletic boss could yet walk away at the end of his first season in charge.
The 54-year-old is at odds with the Barca board following their quarter-final exit from Champions League and could now walk away.
Messi tells Neymar: Join Man Utd!
Lionel Messi has told former Barcelona team-mate Neymar to join Manchester United this summer, according to Don Balon .
Neymar is set to leave Paris Saint-Germain and has two offers – one from United and one from Real Madrid.
Messi, though, is keen for the Brazil international not to sign for Barca’s main rivals and instead has advised him to move to Old Trafford.
New Arsenal boss given limited funds
Arsene Wenger’s managerial replacement at Arsenal will only have around £50 million to spend on their squad this summer, according to the Daily Telegraph.
With Wenger set to step down at the end of the season, the hunt is on for a new coach to take the reins at the Emirates Stadium.
But following the club-record arrivals of Alexandre Lacazette and Pierre-Emerick Aubameyang over the past 12 months, funds are tight at the Gunners.
West Ham make massive Isco bid
West Ham have had a huge €90 million offer for Isco accepted by Real Madrid, according to Don Balon .
The Spain international has not always been first choice at Santiago Bernabeu this season and could look to leave this summer.
Manchester City have shown an interest but have not offered anywhere near the same amount as the London Stadium outfit.
Mou to give up De Gea for Ronaldo
Jose Mourinho is willing to use David de Gea as part of a swap deal to bring Cristiano Ronaldo to Manchester United, according to Diario Gol.
Mourinho is keen to reunite with Ronaldo, whom he managed at Real Madrid, and is willing to allow De Gea to leave given his goalkeeper’s urge to move to Santiago Bernabeu.
Should Madrid reject that, however, then Paul Pogba could be offered instead of De Gea.
Bale holds Inter talks
Real Madrid forward Gareth Bale has held talks with Inter regarding a move this summer, according to Don Balon .
The Wales international is set to leave Santiago Bernabeu following a frustrating season with injuries and a lack of form.
And the San Siro outfit want to unite Bale with Mauro Icardi as they look to make a splash both domestically and in Europe once again.
Athletic keen on Llorente reunion
Athletic Club are keen on bringing Tottenham striker Fernando Llorente back to Spain this summer, according to the Daily Mirror .
The Spain international has struggled to establish himself at Spurs given the form of Harry Kane up front.
And Llorente, who left Athletic for Juventus in 2013, would be open to making the move back to Bilbao.
Leipzig asked for Alexander-Arnold
RB Leipzig were keen to take Liverpool defender Trent Alexander-Arnold to Germany back in January, according to The Times .
The full-back has impressed during his first full season in the first team at Anfield, with some even calling for him to go to the World Cup with England.
And it has been revealed Leipzig asked for the youngster to be included after Liverpool bid to bring Naby Keita to Merseyside at the turn of the year rather than wait until the summer.
Man City close to Jorginho
Manchester City are closing in on a deal for Napoli’s £50 million-rated midfielder Jorginho and are ready to splash the cash on a marquee signing if the possibility presents itself.
Goal understands City want to make just two signings this summer as they look to build on their Premier League-winning campaign.
They are pursuing a deep-lying midfielder – now likely to be Jorginho – and a forward; the same positions they attempted to strengthen in January.
Bayern to block Lewandowski sale
Bayern Munich are set to block Real Madrid’s move for striker Robert Lewandowski this summer.
The Poland international is keen to move on from the Bundesliga champions this summer.
And Madrd see him as an upgrade on Karim Benzema as they aim to bolster their forward line.
Liverpool told ‘sack of money’ won’t land Alisson
Liverpool and Real Madrid have been warned by Roma president James Pallotta that “a sack of money” will not be enough to land in-demand goalkeeper Alisson.
The Brazil international has become a much sought-after commodity on the back of his consistent showings for club and country.
But Roma have maintained throughout the regular rounds of transfer talk that they have no intention of selling .
ATTENTION! ATTENTION!! ATTENTION!!! ADVERTISE ON TOKTOK9JA AND REACH OUT TO YOUR DESIRED AUDIENCE: HERE