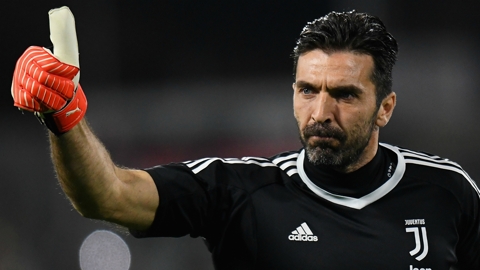 Gianluigi Buffon is readying himself for a “heartbreaking” farewell at Juventus, with a cruel Champions League exit edging him closer to retirement.
The 40-year-old goalkeeper has been keeping his options open throughout the 2017-18 season, having previously suggested that the current campaign would be his last.
He has come out of international retirement to rejoin the Italy fold and hinted that he could prolong an iconic career.
A frustrating European evening in Spain against Real Madrid has, however, appeared to nudge Buffon back towards the hanging up of his gloves.
A modern day legend saw his continental dreams dashed again on Wednesday, with a dramatic climax at Santiago Bernabeu seeing Cristiano Ronaldo fire Real through to the semi-finals.
Buffon was denied the opportunity to prevent the Portuguese from converting a stoppage-time penalty after being sent off for dissent, with the concession of late spot-kick leaving Juve fuming and their long-serving custodian considering his future.
“I would die for this club,” Buffon told Juventus TV.
“It is heartbreaking to stop playing and leave these extraordinary guys, but life goes on.
“I hope I have passed on something they will treasure.”
Buffon was dismissed against Real after contesting the award of a controversial penalty.
Mehdi Benatia was adjudged to have bundled over Lucas Vazquez inside the box, offering Ronaldo the chance to salvage a contest which had seen the Blancos surrender a three-goal first leg advantage. 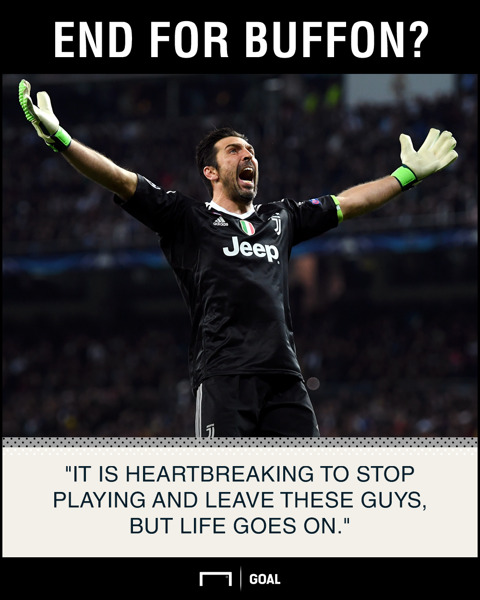 Buffon told Mediaset Premium afterwards on Michael Oliver’s decision to flash a red card in his direction: “A quality referee does not destroy the dream of a team that has put everything on the field for 90 minutes.
“He wanted to play the part of the protagonist.
“A human being cannot whistle for an incident so doubtful after a game like that, unless you have a garbage bin instead of a heart. If you do not have personality, you should be in the stands eating chips with your family. This referee did not have the courage or the personality for this level.
“I could’ve told the referee anything at that moment, but he had to understand the degree of the disaster he was creating. If you can’t handle the pressure and have the courage to make a decision, then you should just sit in the stands and eat your crisps.
“If you don’t have the personality needed for certain levels, it’s better to watch the game in the stand with your wife, maybe eating chips. It’s a question of the kind of sensitivity that every man must have, knowing whether to officiate or not. It means not knowing where you are, what teams are playing. In practice, it means you don’t know s**t.”
If an outing against Real is to be Buffon’s last in Europe, and the end nigh on a domestic front, then he will bow out having made over 850 club appearances and earned 176 caps for his country.
He has tasted eight Serie A title triumphs, three Coppa Italia wins and World Cup glory in 2006.
ATTENTION! ATTENTION!! ATTENTION!!! ADVERTISE ON TOKTOK9JA AND REACH OUT TO YOUR DESIRED AUDIENCE: HERE