The last time Nigeria heard him was 1993 when he sought to be president. Now, he is being heard again with a dire warning of what he sees o the horizon, what another compatriot, Gen T Y Danjuma has called the ‘war without fronts’. It is thus not whether he is making sense or not but a case of a senior citizen putting his thoughts together on an issue which he is absolutely qualified to speak on as a citizen. Read on:

The clouds of war are gathering with blood sucking gods that follow the perching of vultures. Vultures from Europe, vultures from England, vultures from Asia, yes, vultures from America that deal on arms. With eyes constantly fixed on any trouble spot in the world. They’re are hopefully praying to extend their business from Tripoli to Abuja. This is because, Nigeria is fast ascending to the very path that Freetown took. The path that ruined Congo and Libya. The expressway to Rwanda, that is the path Nigeria is fast speeding into. Yet, this path is not a new path to us. It’s a familar terrain that we have taken before. In 1966, long before even the Rwandan path was paved. We wasted over 3 million people as hundreds of innocent souls were slaughtered before even the war started.

Long before the Rwandan path was paved, religious differences and ethnic intolerance as being repeated today, led to a civil war that took our best, took our leaders, took innocent souls and took us backward.

The backwardness is still hunting and hurting us till day. And, it’s the wounds of the war that was not treated in a round table talk, talk, that is leading to another war. Yet, the leader of the nation insists that he’s comfortable exactly the way things are.

So, it’s either history is unfair to us or our leaders are blind to it. Indeed, the death meant to kill a dog does not allow her to smell faeces. And, like the saying goes, those who do not understand history are bound to repeat it.

Even if we hadn’t experienced a civil war before, what happened in Free Town, Monrovia, Abidjan in recent history ought to have taught us a lesson. The way Tripoli was turned from a fast developing city into a slave town where war lords reign should serve as a lesson.

But no, we learnt nothing. Just 50 years after, when those that played major role to the last civil war are still alive, here the snowball of war goes rolling down from the snow mountain of stupid arrogance, gathering with it all the ethnic intolerance and religious divide that paved the path of Rwandan.

Where are you Chief Emeka Anyaoku for there is an error in your silence. Speak out Gen. IBB or else history will record it that you said nothing when your voice was needed most. Ochiagha Ndi Igbo Comr.Ebitu Ukiwe your children are being slaughtered in their farms and you said nothing.
You all said nothing as the youngman who watched his pregnant mother gang raped and her stomach ripped open bites his tongue and moan in revenge.

You bigmen in power and in office, you felt secured and less concerned because you thought the evil is far of. When this Rwanda that is fast speeding to Nigeria will arrive, the distinguished Senator will be extinguished. The Honourable House members will be dishonored. Some of you in executive offices will be executed.

All by war lords who will takeover and parade the streets of Osun, Ondo, Edo, Sokoto, Abuja, Calabar, Enugu etc (All states in Nigeria). The war lords that took over the streets of Rwanda did the same. So. Let each and everyone one of you wake up while it’s day, let us collectively pursue the black sheep. Or else, when Rwanda will arrive, lizards will replace cows as major source of protein in our cooking.

Ask Samuel Doe, when Rwanda arrived at Morovia, he hit the streets from the presidential palace in search of food after slaughtering his lions for meal. That was how he was captured and slaughtered. Rwanda does not respect big men and big office holders. As there are no big men Libya today, but war lords that are selling the children of even the rich into slavery.

When Rwanda arrives, there will be no strong man, no community leader, big men or small men. In Rwanda, there was not even religious leaders. Everyone will be to himself and God to all us. For the bigmen aides will desert them and run to take their families into the bush for safety. Then, the high fences of the local almighties will be climbed, their strong pad locks broken, their properties stolen, their wives and daughters violated before them. For they’re always the first target of the Rwanda mobs. Ask the former almighty of Congo, Zaire politics, ask Qaddafi, when Rwanda visited their palaces were the first target of attack.

So, no one should feel less concerned about this Rwanda breeze that is blowing towards Nigeria. Do whatever you can today to stop it by speaking out. Or else, we all will live to regret our inactions.

If the truth must be said, the path way to Rwanda is being paved due to our Executive arms of government lackadaisical attitude in respect to the insecurity ravaging the country.

Under this very regime that came for change, Nigeria our beloved country has unfortunately, become a lawless country. A country with no rules and regulation, a country where laws are not adhered to. A country where there is no consequence for killing of innocent citizens. Yet, we have a government in place that refuses to take responsibility and security agents that seems not to know what their work is. Yet, every year we budget and spend billions on security agencies and the citizens are taxed for this. That’s how the path to Rwandan is being paved.

On the expressway to Rwandan, citizens got killed, innocent girls are violated, mothers raped, farmers throat slit, people going about their businesses are killed at gun point and nothing was done about it. From Enugu, Kaduna South, Bornu, Bauchi, Zamfara, Adamawa, Nasarawa, Taraba, Plateau down to Benue, the Rwandan experience is going on.

You might feel secure today because you move around with escorts, but when Rwanda will arrive it will only be war lords that will be escorted. There will be no senator, Federal or State House member, because each zone will be manned by war lords that legislate the rule of law. When Rwanda will arrive there will be no governor, no minister, no government officials because there was none in Rwanda, each area will have a war lord that will be lord of the law.

In Rwanda, there will be no middle class, industrialist, banks etc, so there will be no ATM. The war lords controlling the areas you fall into might decide to print a new currency with his head as the logo. So, stop counting on what you have acquired now, for all be lost.

The Rwandan highway is being paved in Kaduna South, Jos, Taraba, Zamfara, Nasarawa and Benue. Communities that felt neglected by the federal government are going into self-defense. In Rwanda, babies were born with no future. As soon as they grow up they pick up an AK 47 and start killing fellow human beings. That Rwandan path is being paved in the Boko Haram controlled areas in Northern Nigeria.

Like Rwanda, schools have closed in so many villages due to the attack of war lords struggling for territories and the government of the day are helpless about it. Nigeria is seriously drifting towards Rwanda, but some people instead of speaking out and saying the truth are clapping and urging the president to go on as if nothing is happening. But, when Rwanda will arrive, there would be no oil money to share, no nation to govern and all the major oil fields will be controlled by Niger Delta war lords. So keep on clapping and praising the government while pregnant women are being slaughtered.

Keep on talking about 2019 while innocent children are being murdered. Keep on pretending that all is well with Nigeria when a foreign army of occupation has taken over most villages in Nigeria and our military are doing nothing about it. Keep on feeling less concerned when our national territory has been invaded by foreign mercenaries and we keep on pretending like all is at peace. The truth is, we cannot continue like this and expect Nigeria not to hit the Rwandan path. Nigerians are being slaughtered like cattle, and their cries are hitting the ground. Hearts are hurting, souls are ravaging for Revenge and they’re gathering storms of war. Nigeria will not survive a second civil war and the next war will be so shapeless because people will be hit from all angles. In Rwanda, everywhere and everyone was affected. When Rwanda visited Sudan, the former senate president lined up to beg for food from the relief agencies.

The earlier our leaders drop their ethnic and religious differences and come together to demand an end to the killings moving from one village to another to slaughter our people. Speak out now for no matter how small your voice may sound, our collective voices will sound like a big mega phone to help stop the looming danger” 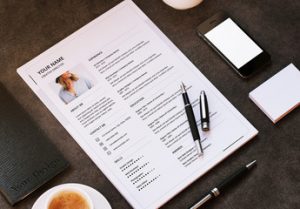 How to Draft a Good CV for That Dream Job 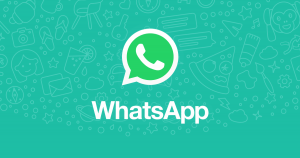 Whatsapp Tutorial: How to View Photos and Videos Without Saving Them on Your Phone Memory 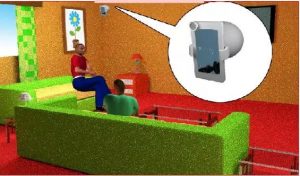 Tricks on How to Turn Old Phones to Security Camera