Many people will keep arguing that witchcraft is fake, let’s hope they’ll have a re-think after watching this video.

A video of a witch exposed by cctv cameras has left many people speechless over the rituals she was seen performing.

On Thursday 4th November 2021, a witch was captured by CCTV camera whiles she was on a mission in a yet to be disclosed house. It happened in Accra, in the Greater Accra region of Ghana.

CCTV footage shows the moment she landed from nowhere and then started sweeping the compound spiritually with her own hands. She performed a lot of stunning things which is not understandable.

The witch landed with her spiritual vehicle which people says “it looks like a mob or long broom stick“. She walked a few distance and dropped her vehicle. Few moments later, she was observed passing her hands over it severally.

After that, the witch dumped her spiritual vehicle and moved towards a car which was parked outside. She performed rituals in front of the car and around the sides. She ran over the whole compound and perfumed more rituals which no one understands.

She later vanished after completing her mission in less than 10 minutes. No one knows if she came there for something good or bad, but it is assumed she came to do something worst.

Witches and witchcraft are real, it’s very important to pray before bed, and pray after waking up before stepping out of your house.

VIRAL VIDEO: Skit Makers Pretend to Be Ritualists – Prank Runs Girl After Offering to Pay Her 15k for Her to Service Them 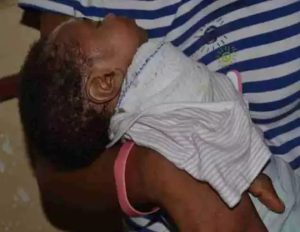