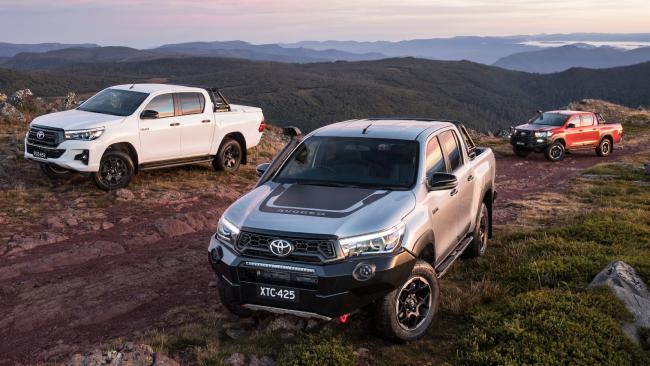 Toyota has released three new variants of its popular HiLux: the Rugged, Rugged X and Rogue. Picture: Supplied
THE RACE to build increasingly expensive utes has stepped up a gear, with market leader Toyota today introducing three HiLux models priced above $60,000.
Just one week after the first Mercedes ute arrived in local showrooms topping $65,000, Toyota has released a trio of models aimed at cashed up tradies.
The HiLux has been the top selling vehicle across Australia for the past two years – but it has been number one in Queensland and Western Australia for more than a decade.
Toyota is concerned the HiLux may become a victim of its own popularity so it introduced special models to stand out from the crowd. 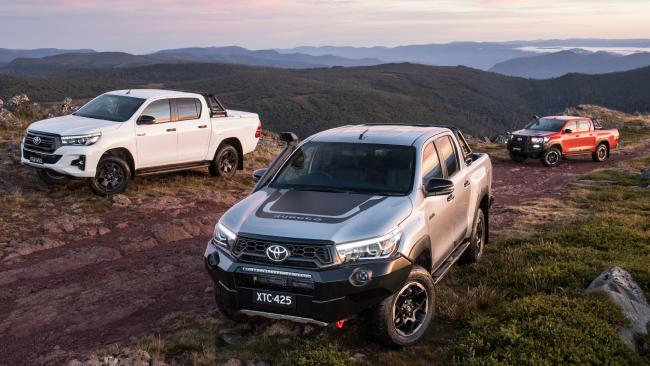 Stand out from the crowd: Toyota’s HiLux Rugged, Rugged X and Rogue. Picture: Supplied
“People at this end of the market want something special, they don’t want their neighbours to be driving the same one,” says Toyota Australia sales and marketing boss Sean Hanley.
“So the relative scarcity of these vehicles will add to their appeal.”
The flagship Rugged X – with a desert-racer-style bullbar, LED highbeam driving lights, heavy duty tow hooks, side rails and a sports bar that can actually take a load – starts from $61,690 plus on-road costs. An automatic adds $2000.
The luxury Rogue model – in auto only – is also $61,690. The cheapest ticket into Toyota’s toughest trucks is the base model Rugged, from $54,990. 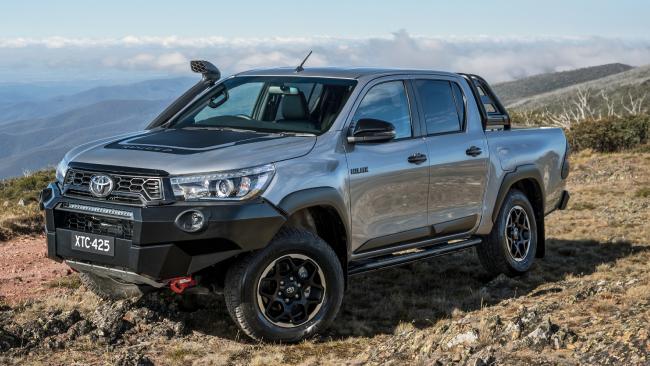 The enhancements focus on styling rather than engineering changes. Picture: Supplied
There is only one catch with the upgrades: all the extra gear adds about 200 kilograms, which in turn has been lopped off the payload. The regular HiLux can carry about 950kg, the Rugged X can “only” carry 750kg.
These special edition HiLuxes are the most expensive versions of Toyota’s trade ute since the supercharged V6 TRD version from 2007, which cost $65,000.
The top end models are made in Thailand alongside the rest of the HiLux range before the specialised and locally-made heavy duty parts are fitted in an assembly facility in Melbourne.
Toyota says there wasn’t scope to add more power to the diesel engine – or off-road racing style suspension, as per the Ford Ranger Raptor and HSV Colorado – because the focus was on more aggressive off-road ability. 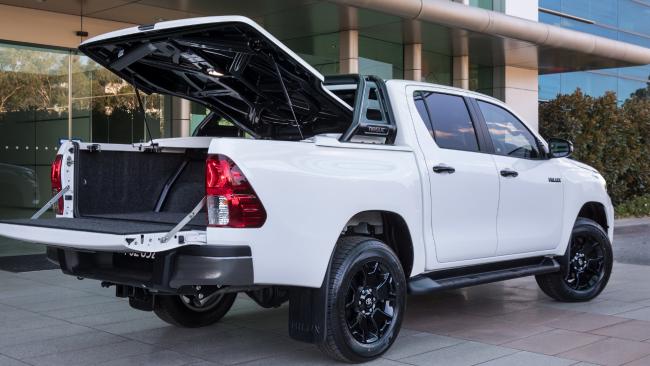 The special editions are fitted out locally. Picture: Supplied
The project was started three years ago, even before this generation HiLux was unveiled.
Unlike most other utes, Toyota says more than a quarter of all HiLuxes sold in Australia are driven off-road or on dirt roads every week.
The special editions – which will become a permanent part of the HiLux range – arrive during the HiLux’s 50th year in Australia.
To date, more than 980,000 HiLuxes have been sold locally. Toyota is expected to pass the milestone of 1 million HiLuxes in Australia in August or September.
ATTENTION! ATTENTION!! ATTENTION!!! ADVERTISE ON TOKTOK9JA AND REACH OUT TO YOUR DESIRED AUDIENCE: HERE