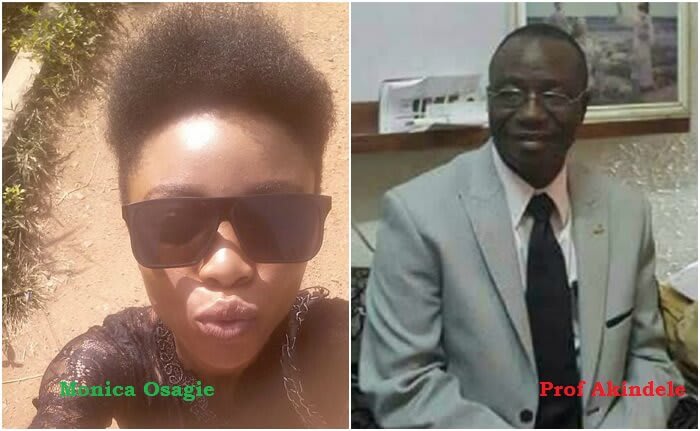 Monica Osagie, the victim in the sex-for-marks scandal that rocked the Department of Management and Accounting, Obafemi Awolowo University, Ile-Ife, has finally opened up.

Ms. Osagie, a postgraduate student of Business Administration in OAU, had accused Professor Richard Akindele of the aforesaid department of demanding sex from her before she can pass his course.

The victim, who had gone into hiding ever since the sex scandal went viral, however, spoke out through Mrs Abiola Akiyode-Afolabi of the Women Advocates Research and Documentation Centre.

Ms. Osagie told the Centre that never at any point did the OAU panel investigating the matter invite her during their inquiry.

Akiyode-Afolabi continued, “Let the university do what they are supposed to do by giving her proper invitation. They have all her records because she is their student. The panel has never invited her, so when the panel invites her today, she would come.

“she didn’t release the audio. She got the evidence and it was given to one or two people when she was seeking for help. So definitely one of them released the audio, and she cannot be blamed for it.

“We are not comfortable with the university saying they invited her when they didn’t invite her. Her name is already out, the whole world is aware so we cannot say because of security and safety, we won’t allow the truth to prevail.

“I think society should focus on what really happened, and whether such should happen in higher institutions of learning and not about what she did,” she said.

Meanwhile, the University has indefinitely suspended Professor Akindele pending the final outcome of the investigation in the case.