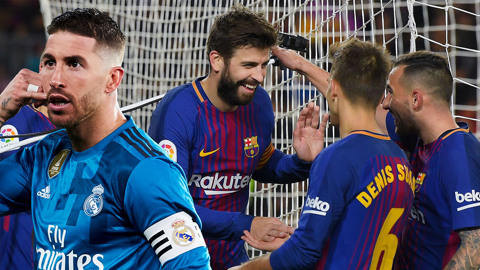 Barcelona star Gerard Pique is “the best centre-back in the world”, according to Camp Nou legend Carles Puyol.
There are several contenders for that crown within the modern game, with the likes of Real Madrid’s Sergio Ramos and Paris Saint-Germain’s Thiago Silva considered to be elite performers.
A Barca icon has, however, remained loyal to his roots when it comes to the cream of the current crop.
Puyol won countless honours alongside Pique during his time with Blaugrana, as well as World Cup and European Championship crowns with Spain, and the 31-year-old is considered to be the finest defender on the planet.
“Right now, Pique is the best centre-back in the world,” Puyol told La Vanguardia.
“He’s the perfect age and physically he is in great shape. He’s always been very intelligent, but you notice it more now.
“The same with his leadership, which he’s always had but now he’s in complete control on the pitch, especially at the back. That’s a plus.
“His positioning has improved as well. He hardly ever loses his position and he knows how to read the game and to anticipate what’s going to happen. He never loses his head. He seems more responsible, too, something which comes with time and age.” 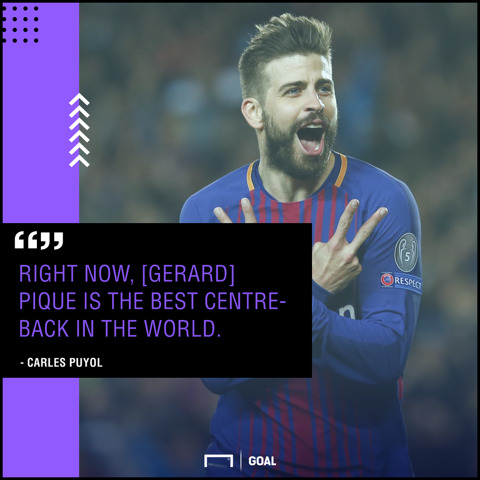 Added maturity has also seen Pique remove much of the risk element from his game, although he proved in a recent Champions League quarter-final clash with Roma that he is not afraid to step out from the back as he surged forward to net Barca’s third goal in a 4-1 win.
“Now he picks his moments [to join in attacks] much better,” Puyol added.
“Maybe he will only go forward once in a game now but he has a gift, something intangible that very few players have. It’s called goal-scoring instinct and that allows him to be in the right place at the right time. It happened against Roma, he went forward once and he scored.”
ATTENTION! ATTENTION!! ATTENTION!!! ADVERTISE ON TOKTOK9JA AND REACH OUT TO YOUR DESIRED AUDIENCE: HERE