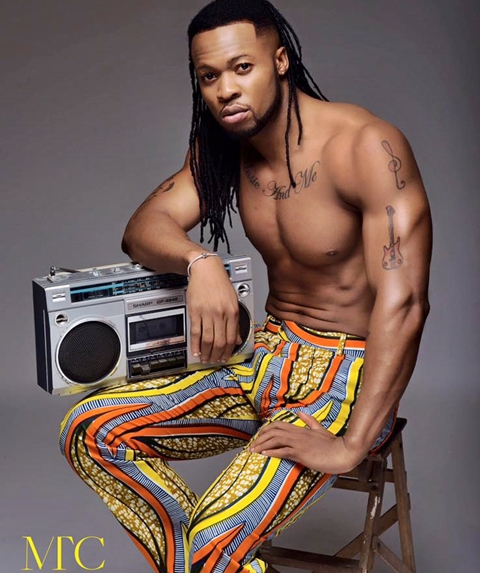 Ebonyi state government has stopped Nigerian highlife musician, Chinedu Okoli popularly known as Flavour from performing at a show in Abakaliki on Sunday.
According to Vanguard, the singer had been slated to perform at a show organised by a major beverage production company in the state on Sunday at the Ochudo park, Water Walks Road.
It was gathered that as Flavour entered the state on Saturday preceding the date of the event and prepared to thrill his teeming fans in Abakaliki, the Special Adviser to the Governor on Internal Security, Kenneth Ugballa, around 9pm on the day, allegedly led a team of Police officers to the venue.
While speaking to a correspondent, a source at the venue said Ugbala asked the organisers to shut the show down, adding that the Police also drove everybody out of the venue of the event obviously on the orders of Ugbala.
The situation incensed the youths and fans of the musician who took to social media to lambast the state government over the action.
Meanwhile, in a swift reaction on Tuesday, Ugbala defended the actions of the government arguing that the shut down was to prevent the kind of nasty incidents that allegedly happened during a similar show held in Enugu recently.
Recall that the social media was buzzing last month with the allegations that over 20 ladies were raped in Flavour’s show in Enugu while some left the show n*ked with their dresses torn by some criminals.
Ugbala blamed the organisers of the Abakaliki show for not informing the Police or any other security agency in the state before staging the show to provide security.
He said; “The security of the state is in our hands, I called the Commissioner of Police and he said he was not informed. They didn’t write to any of the other security agencies in the state, They said they got permission from the CP of Lagos to come and do a show in Ebonyi.
“At the venue there was no security presence, what they had was only 6 bouncers to maintain security of over 10, 000 persons at the venue. And the whole area was already charged before we came. We have already gathered that about three persons were already robbed of their phones and they called to complain.
“They held similar show in Enugu which was marred with several irregularities including stampede that allegedly led to some deaths and even allegations of rape. So we wanted to forestall a similar situation from happening here.
“In that Enugu event they wrote to government and security agencies which were present at the event and still there was stampede and allegations of rape. Then imagine what would have happened in this case which didn’t have security presence”, he said.
Do you have a hot story or scandal you would like us to publish, please reach us through toktok9ja@gmail.com or WhatsApp: +2348033498347