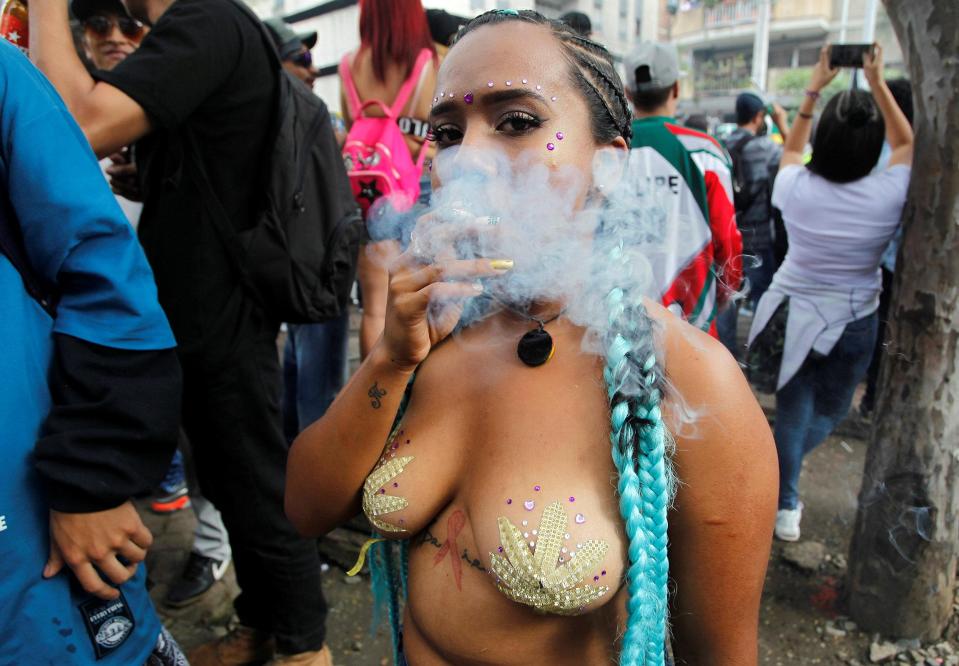 THOUSANDS of pot puffing protestersacross the world openly toked huge joints and devoured ‘space cakes’ as they marched to legalise cannabis yesterday.
Spirits were high as activists paraded through streets in hundreds of cities chanting “legalise don’t demonise”.
A bare-chested activist takes a toke during a Columbia demonstration on Saturday
Smoke wafted past police in New York City, Vancouver and other cities in Colombia, Mexico, Argentina, Chile and Peru.
Protesters called for the legalisation of recreational weed use while waving signs declaring “pot power” and “cannabis is an exit drug”.
They lit up in plain sight of authorities, danced to rock music and even munched on “magic” brownies.
Sex in the City actress and New York government candidate Cynthia Nixon gave a speech at the rally in the Big Apple.
“Arresting people for cannabis — particularly people of colour — is the crown jewel for the racist war on drugs and we must pluck it down,” Nixon announced to the Cannabis Parade. 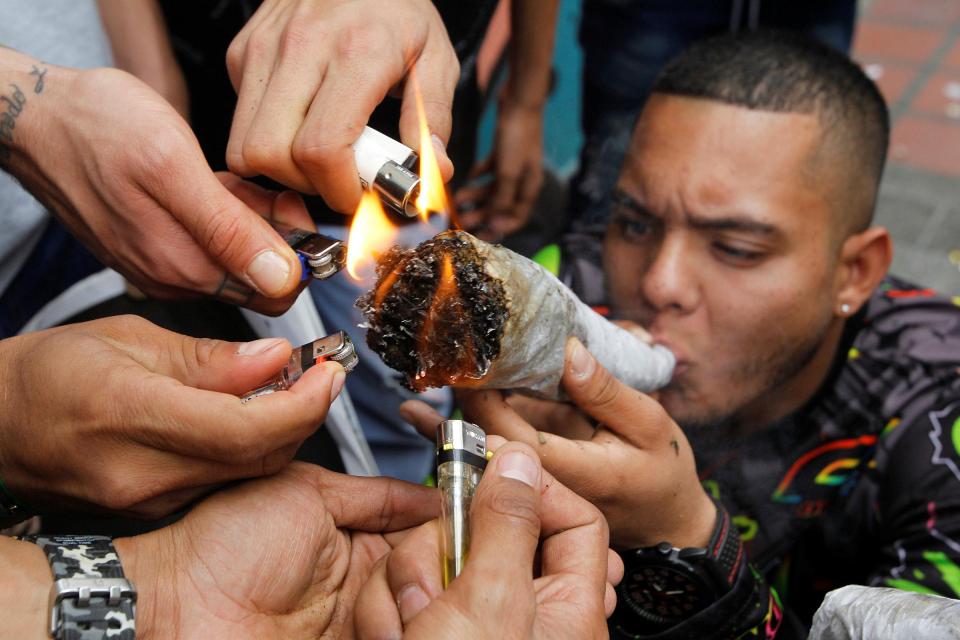 Protesters light up a foot-long joint at the Global March for Marijuana in Medellin, Columbia 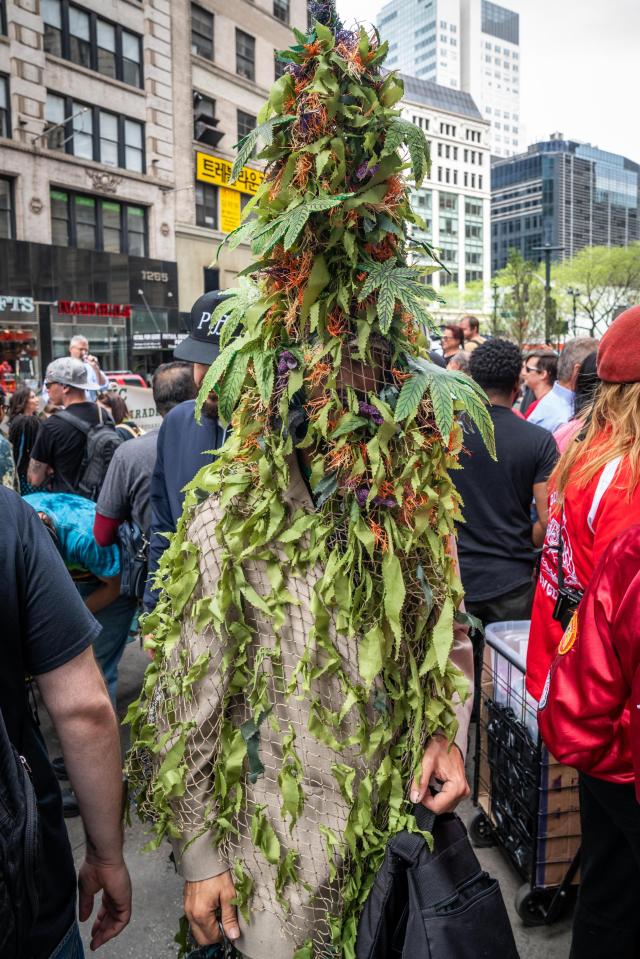 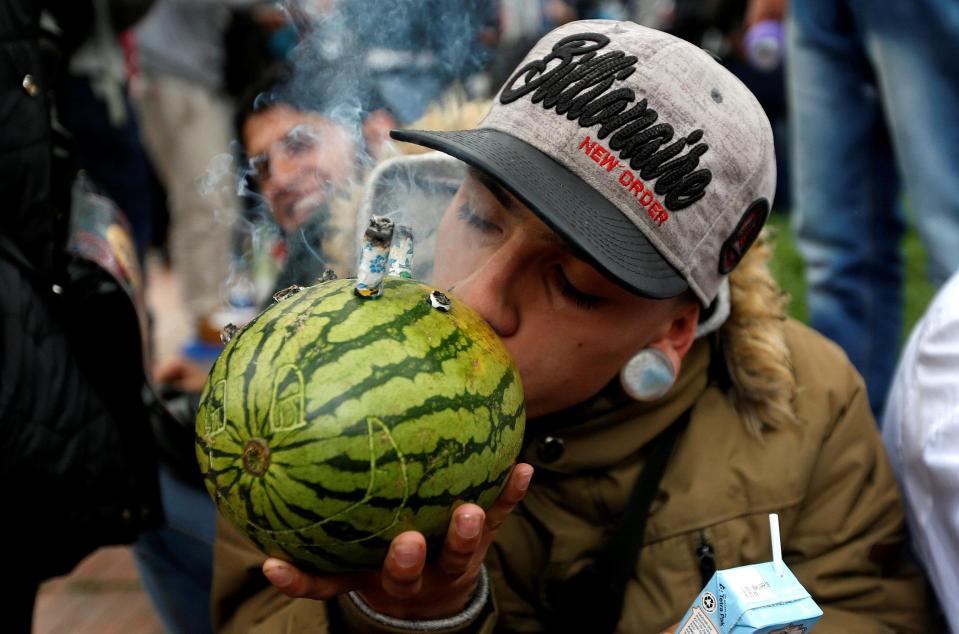 A man smokes up using a homemade melon bong 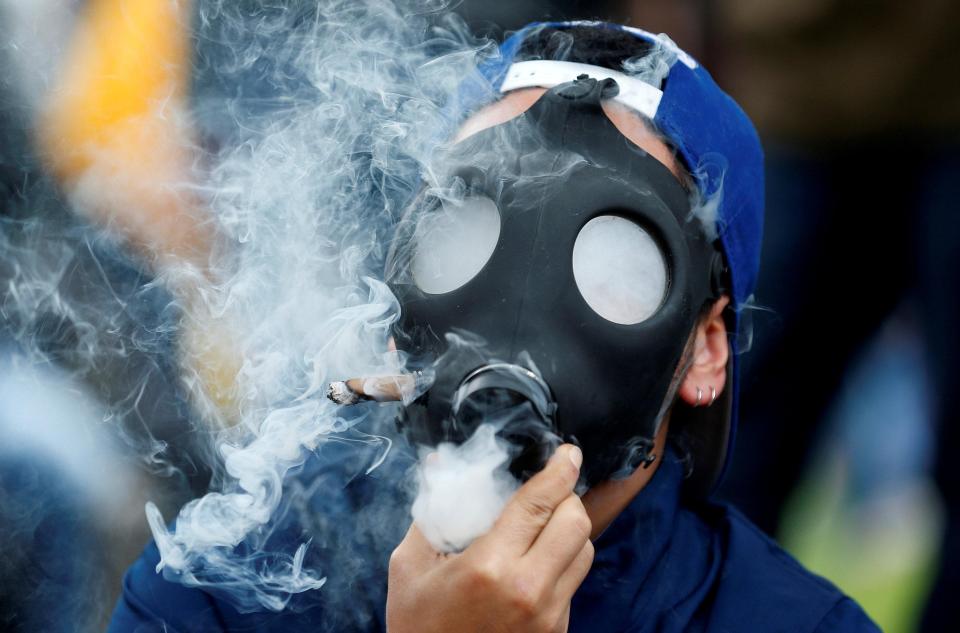 One activist filled up a gas mask to get his high as others called for a change to marijuana laws
The Sun investigates how dealers sell drugs online on websites such as Gumtree and Craigslist
The actress, who played Miranda Hobbes in the hit series, spoke after some 300 parade puffers marched down Broadway chanting “make it legal, free the people”.
Nixon said she’s only smoked weed twice because it “wasn’t for her.”
Dozens of weed users also marched through downtown Vancouver on Saturday for the Global Marijuana March.
“With just the government stores operating, they are trying to shut down dispensaries. The new government model does not exactly give the market what it wants,” one marijuana activist Erin Goodwin told CBC Toronto. 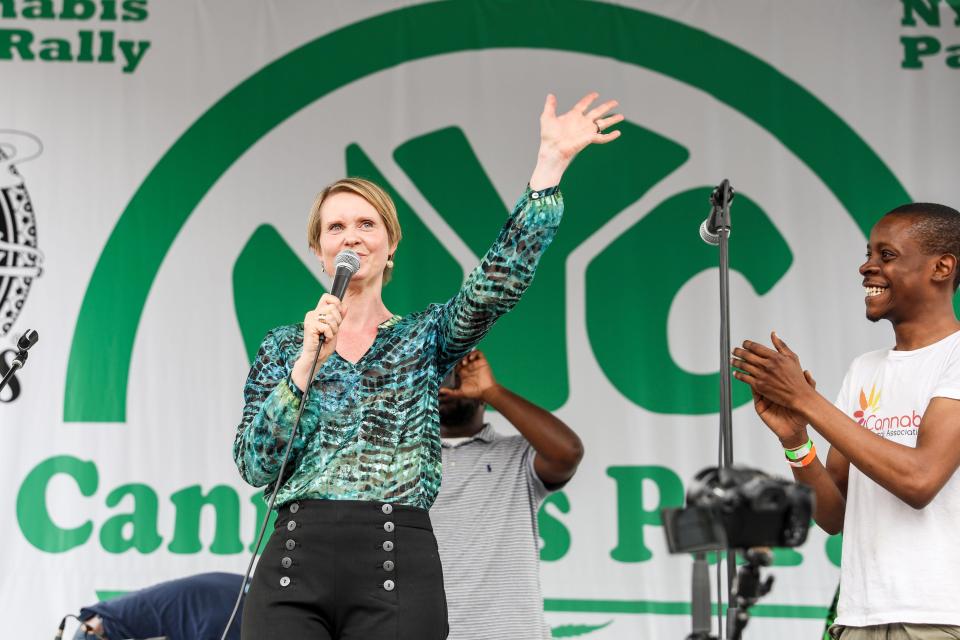 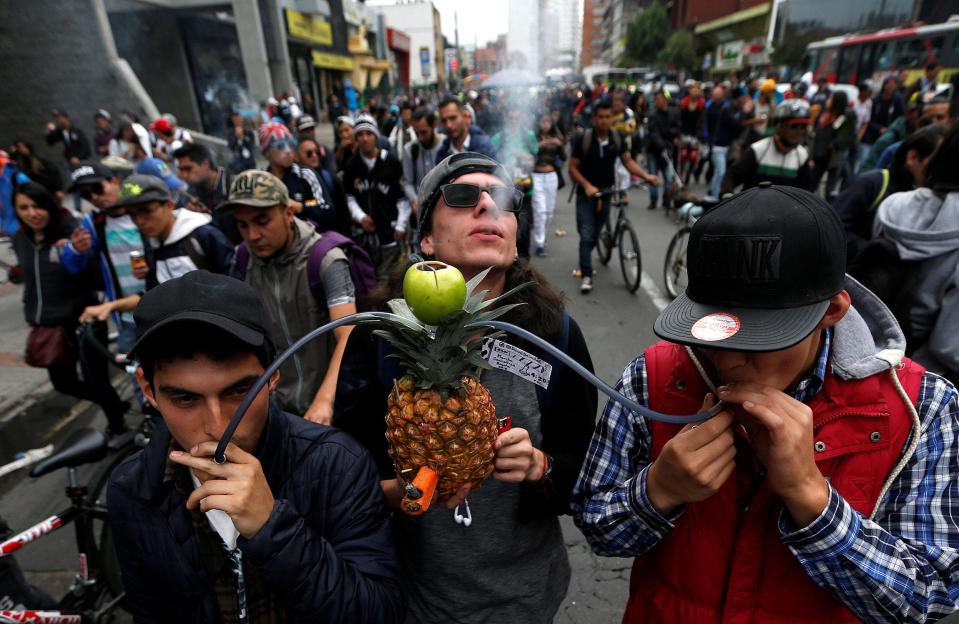 The men smoke marijuana through a pineapple in Bogota, Colombia
In Latin and Central America thousands gathered for the same cause, with some smoking out of gas masks, apples and melons.
Many were spotted rolling massive joints the size of baseball bats in the middle of the street.
Recently, global demonstrations marked the 19th year since the Global March for Marijuana was launched.
Do you have a hot story or scandal you would like us to publish, please reach us through toktok9ja@gmail.com or WhatsApp: +2348033498347