PROSTATE cancer symptoms aren’t usually apparent until the tumour has grown large enough to put pressure on the urethra. This then normally results in problems with urination. The NHS outlines six signs that could indicate you have the disease.

Prostate cancer is the most common cancer in men in the UK and because it develops slowly there may be no signs you have it in the early stages.

Symptoms often become apparent when your prostate is large enough to affect the tube that carries urine form the bladder to the penis – the urethra.
There are six tell-tale signs which could mean you’re at risk of the disease, according to the NHS, all linked to your toilet habits.

Needing to urinate more frequently, often during the night, is one, alongside needing to rush to the toilet, and difficulty in starting to pee (known as hesitancy).

Straining or taking a long time while urinating, a weak flow, and feeling that your bladder has not emptied fully are also indicators.

Many men could confuse an enlarged prostate with one of the symptoms of prostate cancer.

But how can you tell the difference and are you more likely to get prostate cancer with an enlarged prostate?
Firstly, the prostate is a small gland, located in the pelvis, between the penis and bladder.

It’s supposed to be about the shape and size of a walnut, and as well as letting urine flow out of the body, it secretes fluid that nourishes and protects sperm.

So what are the symptoms of an enlarged prostate? 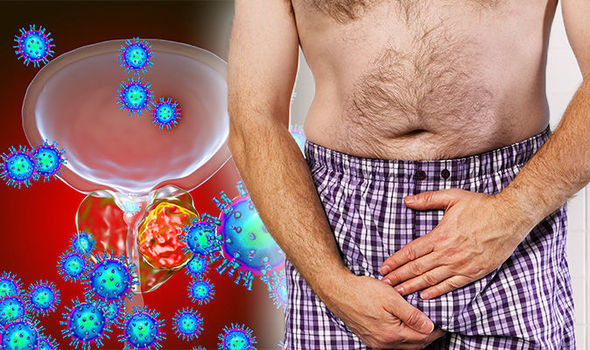 Prostate cancer symptoms – are you at risk? 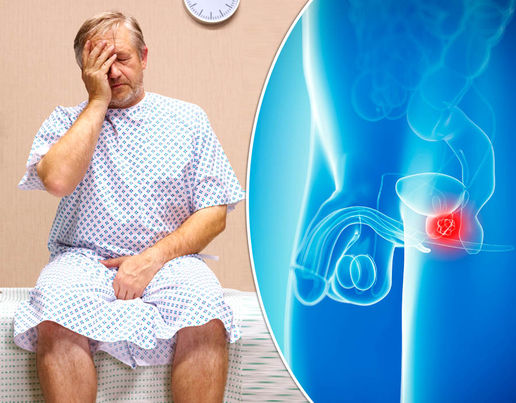 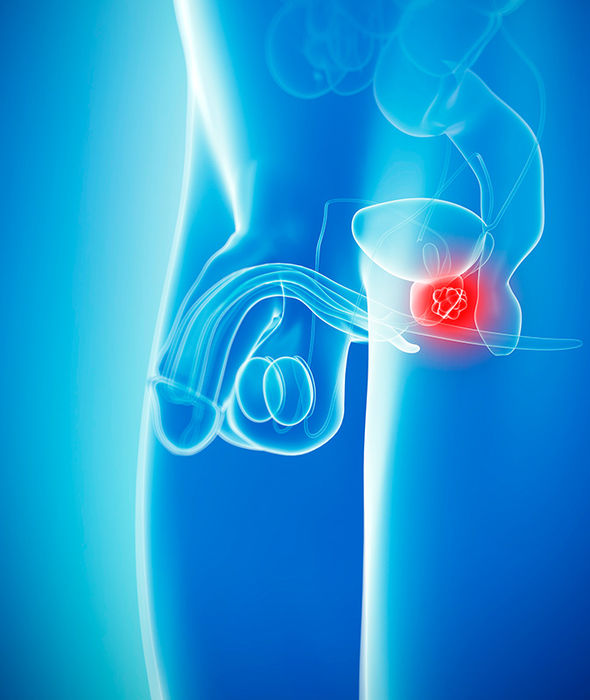 The medical term for an enlarged prostate is benign prostatic enlargement. If the prostate becomes enlarged, it can place pressure on the bladder and urethra, affecting how you pee.

According to the NHS, this can cause difficulty starting to pee, a frequent need to pee, and difficulty fully emptying your bladder.

Are you more likely to get prostate cancer with an enlarged prostate?

Having an enlarged prostate doesn’t increase your risk of getting prostate cancer, according to Prostate Cancer UK.

The charity states: “The two problems usually begin in different parts of the prostate. But men can have an enlarged prostate and prostate cancer at the same time.” 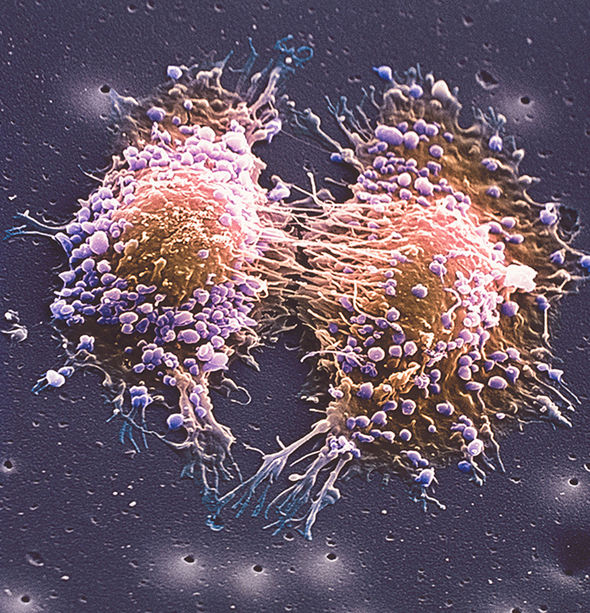 For many men with prostate cancer, no treatment will be necessary, just active surveillance will be required.
If prostate cancer does progress, and depending on the individual circumstance, a cancer care team will be best to advise what treatment is available.